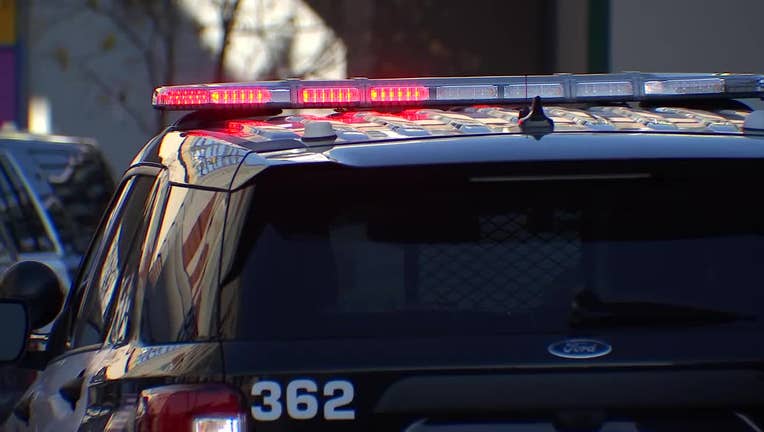 (FOX 9) - A Brainerd man is accused of fatally shooting his daughter's boyfriend, who he suspected was abusing her, criminal charges state.

Michael Lee Laflex, 45, is charged with second-degree murder in the death of 23-year-old Bryce Brogle, who was reported missing after going to Laflex's storage unit on October 26.

Laflex is accused of shooting Brogle in the back of the head from a distance and then burying his body in Crow Wing County, the criminal complaint alleges.

Laflex is scheduled to make his first court appearance on Tuesday morning.

According to the criminal complaint, Laflex's daughter reported her boyfriend, Brogle, missing on October 28, saying he hadn't been seen since going to her father's storage unit with Brogle on October 26.

Initially, Laflex told investigators Brogle had been arrested by unknown law enforcement and he had two cellphones, which authorities took when he was arrested, charges said. But then he changed his story, saying he got rid of Brogle's phones in a garbage can at a gas station in Brainerd. The phones were then located by police.

A concerned citizen who wanted to remain anonymous told investigators about conversations they had on October 28 with someone related to Laflex. That family member told the citizen Laflex was sharing details of what happened, including that Laflex believed Brogle had been abusing his daughter – Brogle's girlfriend – and Laflex had shot Brogle at his storage unit the evening of October 26.

Laflex then moved Brogle's body with a sled, cleaned up the storage unit with bleach and buried Brogle's body, the citizen told investigators, according to charges.

Investigators executed a search warrant on October 29 at Laflex's storage unit. Authorities found the presence of blood and bleach on the concrete floor, and signs something was dragged across the floor that had the same width as a sled, charges said.

On Sunday, October 30, police conducted a foot search of public land in Crow Wing County in an effort to find Brogle's body, charges said. Authorities found a grave site and excavated it. Inside, investigators found a body with an apparent gunshot wound to the back of the head.

An autopsy determined the body was Brogle, and he died of a "distant gunshot wound to the back of the head," charges state.

The landlord of where Brogle and his girlfriend lived together called the sheriff's office, saying Laflex had asked them if Brogle had hurt his daughter, charges said. The landlord said they'd seen his daughter with two black eyes. Laflex then told the landlord he was going to kill Brogle, and he'd already dug a hole.