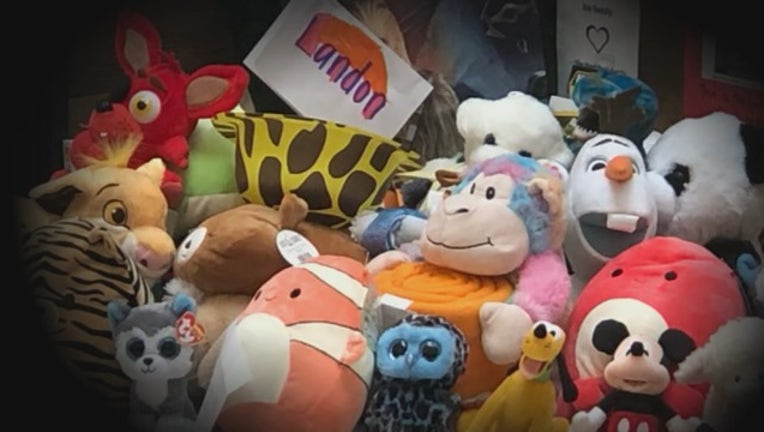 Gifts were left at the Mall of America, where a five-year-old boy was seriously injured. (FOX 9)

Nearly five months after he was thrown from the third level of Mall of America, a young boy is now home recovering, according to a family update.

On April 12, five-year-old Landen was at MOA with his mother and friends when 24-year-old Emmanuel Aranda approached him and then threw him over the balcony. Aranda pleaded guilty to first-degree attempted murder and was sentenced to 19 years prison.

In August, Landen was moved out of intensive care into an inpatient physical rehabilitation facility. Now, after completing a program at the facility, Landen is back at home.

"We continue to ask that His healing powers guide us and our son’s care team as we enter the next phase of recovery, which includes continued outpatient rehabilitation for multiple injuries and adjusting to life back at home and school," read a family update on the boy's GoFundMe page.

More than $1 million has been donated online to Landen's family to assist with his recovery.