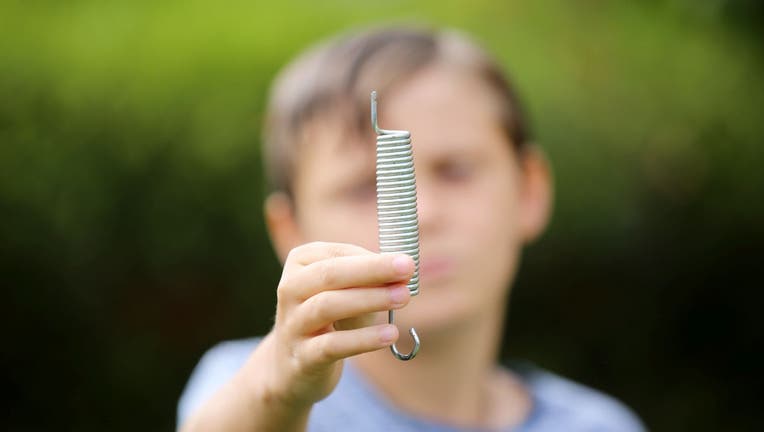 Jamie Quinlan, 12, holds the coil that pierced his back. (SWNS)

(FOX NEWS) - A 12-year-old boy in the United Kingdom was rushed to the hospital after a metal coil from a trampoline dislodged and shot into his back — only narrowly missing his spine.

Jamie Quinlan, 12, was jumping on a friend’s trampoline on Sunday when the incident occurred. The coil ripped through the boy’s T-shirt and lodged itself roughly two inches deep into his back, just centimeters away from his spine. 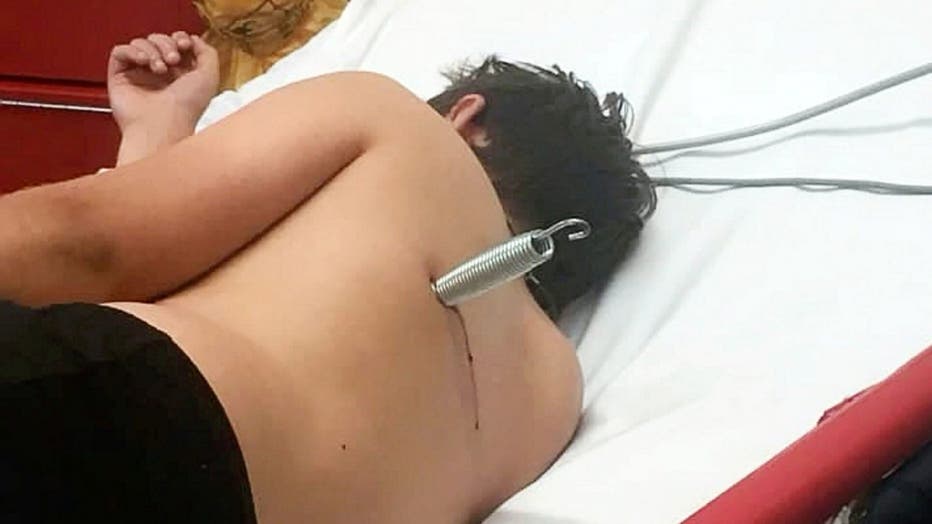 A boy narrowly avoided life-threatening injuries after a freak trampoline accident saw a spring enter his back like a bullet. (SWNS)

Jamie was rushed to Sheffield Children’s Hospital, where he underwent an emergency procedure to remove the coil.

“It could have happened to anyone," his father, Ian, 62, told SWNS. "Jamie has been so brave. I want people to be aware of how dangerous trampolines can be if there’s no cover on the springs, or if there’s a gap."

“The spring had come off the trampoline like a bullet,” he added. “If it had hit elsewhere on Jamie’s body, in his head or throat, we could have lost him.”

Thousands of trampoline-related injuries are reported each year. The U.S. Consumer Product Safety Commission said there were 94,000 emergency room-treated trampoline injuries in 2012. 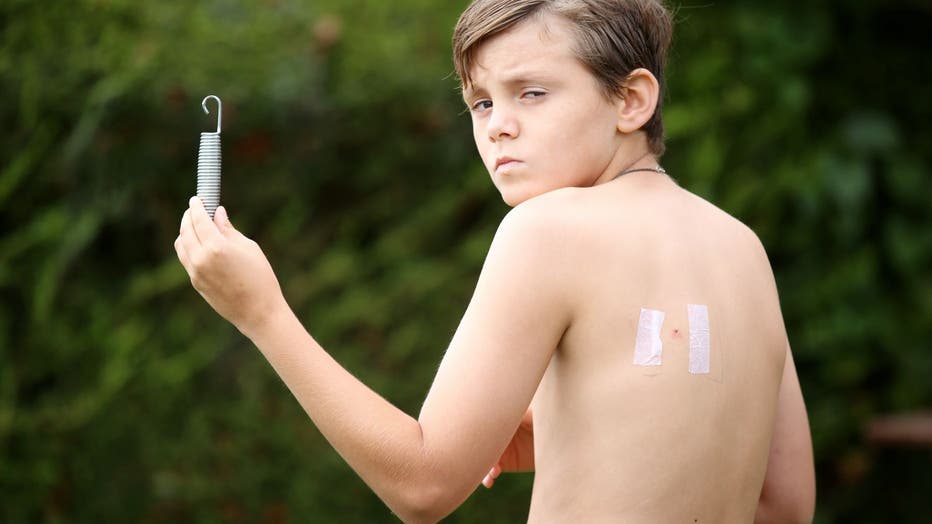 “It could have happened to anyone. Jamie has been so brave," his father said. (SWNS)

Children under the age of six are most at risk, according to the American Academy of Pediatrics, which noted broken bones, concussions, sprains and strains, and neck injuries are common.

Jamie told the outlet he felt a “strange and heavy” sensation as the coil struck his back.

“Sometimes it still feels like the spring is in my back, but I am getting a lot better and stronger now,” he said. “I feel relieved that it wasn’t worse.”