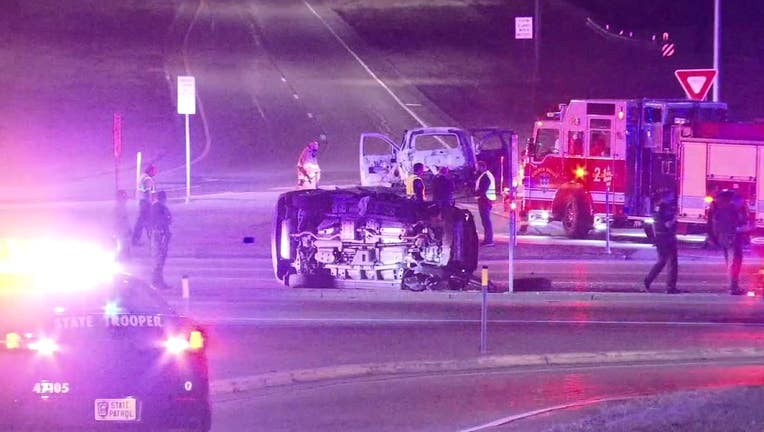 Authorities respond to a crash involving two drunk drivers in Golden Valley. One woman was seriously injured in the crash.

(FOX 9) - A woman was seriously injured in a crash late Saturday night in Golden Valley, Minnesota. Both drivers were under the influence of alcohol, authorities reported.

According to the Minnesota State Patrol, at 11:32 p.m., both cars were heading west on Highway 55 when the Chevrolet Equinox sideswiped or rear-ended the GMC Yukon. The Equinox rolled, and the passenger - a 23-year-old woman - was ejected. She suffered life-threatening injuries in the crash. She was not wearing a seatbelt.

The driver of the Equinox, a 23-year-old man, suffered minor injuries. He was wearing a seatbelt.

The Yukon crashed on the Highway 100 Hwy ramp and caught on fire, but the driver was not injured. The driver, a 44-year-old man, was wearing a seatbelt.

Authorities said all three people involved in the crash were under the influence of alcohol.