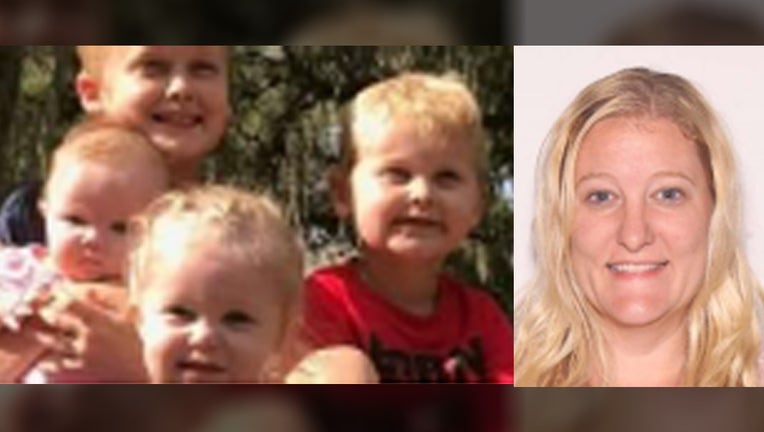 OCALA, Fla. - A mother who was reported missing has been found dead and authorities are still searching for her four missing children.

The Marion County Sheriff's Office says that detectives have located and identified the body of 32-year-old Casei Jones near Brantley County, Georgia. She was deceased when found.

Casei Jones' family reported her and her four children, 1-year-old Aiyana Jones, 2-year-old Mercalli Jones, 5-year-old Preston Bowers, and 10-year-old Cameron Bowers, missing on Saturday night. Her family had not seen or heard from her for about six weeks.

Detectives are reportedly continuing their investigation regarding the missing children.

They said that Casei Jones' husband, 38-year-old Michael Waye Jones Jr., has also been located in Georgia and is being questioned in connection to Casei's death. A warrant has been issued for his arrest for 2nd Degree Homicide.