The body of 19-year-old Robbie Anderson was exhumed Friday morning from Forest Hill Cemetery in Anoka, as his family and friends attempt to have his ‘unexplained death’ 13 years ago reclassified as a homicide.

(FOX 9) - The body of 19-year-old Robbie Anderson was exhumed Friday morning from Forest Hill Cemetery in Anoka, as his family and friends attempt to have his ‘unexplained death’ 13 years ago reclassified as a homicide.

A crew of workers and a backhoe could be seen lifting the vault from the grave site as a gentle snow fell. At a local funeral home Friday afternoon, the casket was removed from its vault.

"If I didn’t do everything I could, he would’ve died in vain," she said.

Anoka County Judge John Dehen ordered the exhumation in April based on the affidavits of three independent medical examiners and Michael Sharkey, an attorney and funeral director. 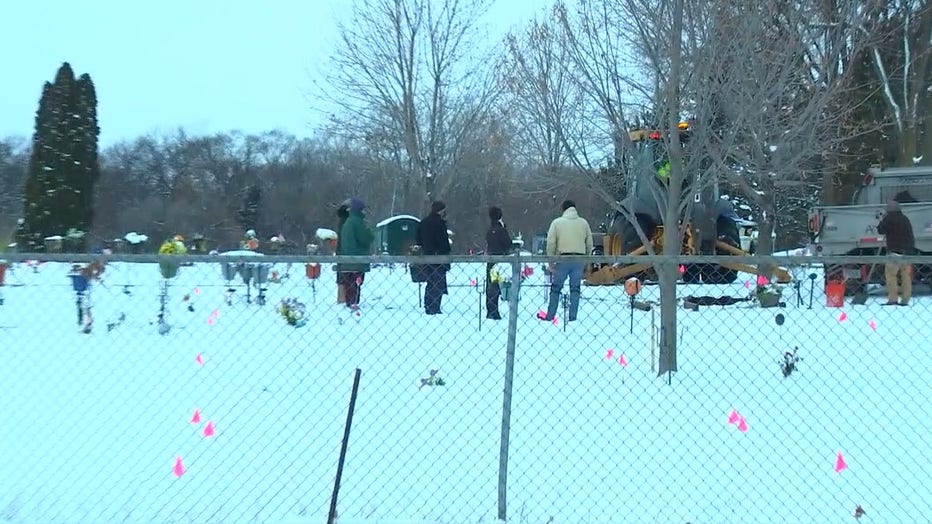 The body of Robbie Anderson was exhumed on Friday, Nov. 18.

Dr. Amanda Youmans said there were "too many unanswered questions" and the case should be reclassified as a homicide.

Dr. Wilson said the second autopsy would include posterior neck, spinal cord, and back dissections to identify additional trauma.

A diagnostic radiologist, Dr. Daniel Cousin, said the original imaging of Robbie was "not standard" and was unable to rule out a skull fracture.

The Hennepin County Medical Examiner tells the FOX 9 Investigators they stand behind their findings in 2009 that Robbie Anderson’s cause and manner of death were unknown, and it was a "sudden unexplained death."

Dr. Owen Middleton, who performed the autopsy in 2009, will be attending the second autopsy.

Robbie Anderson died December 4, 2009 while partying in the basement of a Maple Grove home with two friends he had known since middle school.

One of his friends made a frantic and incoherent call to 911, saying they would carry Robbie’s body to the corner to meet paramedics.

The friend told the 911 dispatch operator that "Robbie fell off a chair."

Police arrived to find a chaotic scene inside the home. One of Robbie’s friends kept interfering with paramedics and pulled a knife on his father, who had woken up.

Robbie was unconscious and not breathing. There were signs of blood on a bedspread and on a concrete floor near a sink basin in a utility room.

In a squad car, Robbie’s friend, alone and apparently unaware he was being recorded, made what appeared to be an incriminating statement: "Oh God, oh God. I killed Rob. I killed him," he screamed.

Later, during an interview at the police station, detectives would ask the friend why there was blood on the bedsheets.

"Trying to wake him up," the friend mumbled. The detective asks, "Punching him like, pretty hard?" 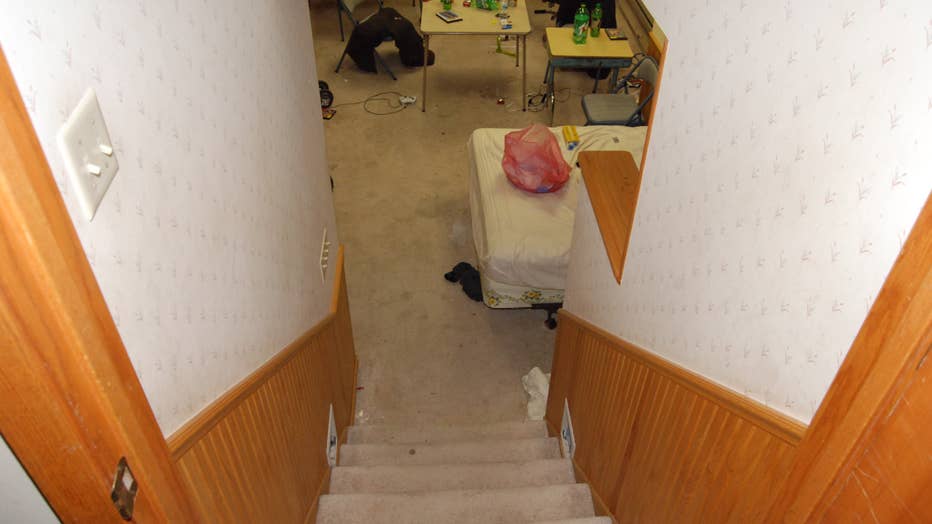 A crime scene photo from the Robbie Anderson homicide.

"I was just trying to wake him up," said the friend, who weighs about 300 pounds.

The two friends offered various conflicting accounts that they punched Robbie Anderson a half-dozen times to wake him up, that he was dropped on a concrete floor, and that they had piled clothes on top of their friend to tease him.

Assistant Hennepin County Attorney Chuck Weber wrote, "There is no evidence to suggest any unlawful conduct of the suspects related to the cause of his death." 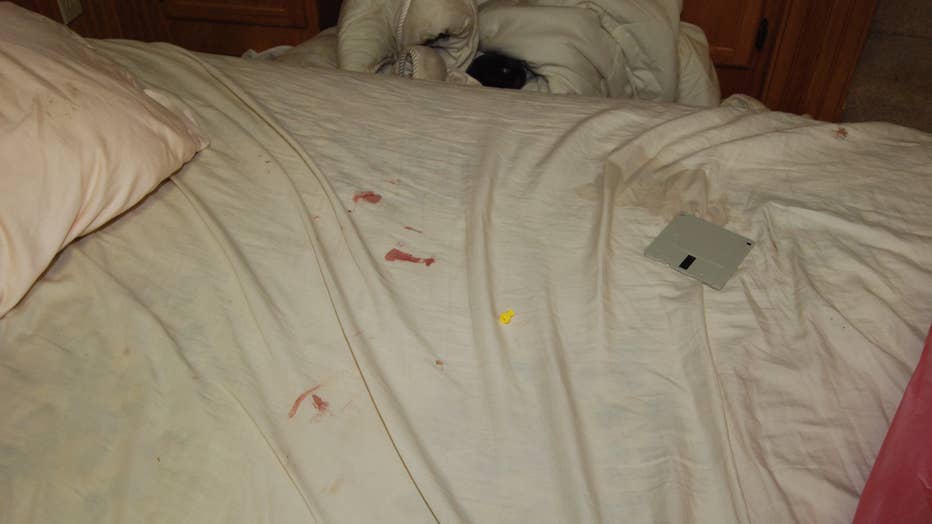 A crime scene photo from the Robbie Anderson homicide.

Weber discounted the friend’s admission in the squad car, writing it "could be interpreted as either expressions of concern or as expressions of guilt."

"In the final analysis, the cause and manner of death remain undetermined. Without this information we cannot charge anybody with causing his death," Weber wrote.

Ten years after Robbie Anderson died, the FOX 9 INVESTIGATORS reported on the work of Sheila Potocnik, a Cold Case Conultant who had reexamined the case.

"The journey’s been frustrating," Potocnik said.

"It’s not just the police. It’s the medical examiner. It’s the prosecutor. Every entity involved here, someone dropped the ball," Potocnik said.

Each party had information the other did not, she said.

Potocnik believes the Hennepin County Medical Examiner failed to communicate with Maple Grove detectives, and was unaware of the context surrounding Robbie’s death, and therefore discounted the blunt force trauma to his head.

Likewise, she said the prosecutor seemed unaware of the numerous conflicting statements from the friends, and that the medical examiner’s determination of an ‘unexplained death’ was made without understanding the overall scene of the crime.

Not written in stone

But detectives and the medical examiner now seem prepared to reexamine those findings made in 2009.

A spokesperson for the Hennepin County Medical Examiner said this week the office stands by the findings in the 2009 autopsy, but that, "The manner and cause of death recorded on a death certificate are not written in stone, particularly when the manner of death was classified as Undetermined."

The spokesperson said the Hennepin County Medical Examiner’s office is "always open to considering new, actionable evidence that could change the cause or manner of death opinions."

"The exam could provide new information and/or evidence to help answer questions raised in this case," wrote Commander Jon Wetternach.

Wetternach said the two friends who were with Robbie Anderson that night provided statements in the past but have since declined further interviews.

The FOX 9 INVESTIGATORS approached the two men in 2019.  One friend said, "I have gone into great detail with Sandy (Robbie’s mother) many times."

Reached Thursday night, Robbie’s other friend said he was unaware of the exhumation and directed this reporter to his attorney who declined to comment.