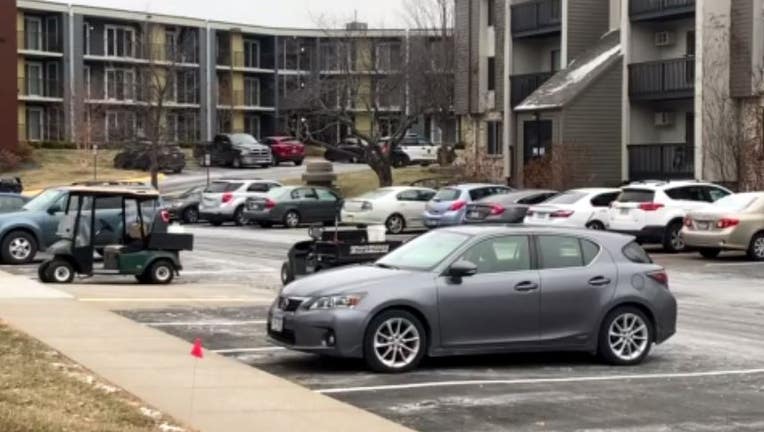 Bloomington police are investigating a shooting in the 9800 block of Harrison Road. (FOX 9)

BLOOMINGTON, Minn. (FOX 9) - Two people were injured in a shooting in Bloomington, Minnesota and one person has been taken into custody, according to the Bloomington Police Department.

Officers responded at 12:40 p.m. to the 9800 block of Harrison Road after receiving a report that multiple people had been shot.

When police arrived, they found a man and woman with gunshot wounds. Officers arrested another man and took him to Bloomington Jail.

The two injured people were taken to Hennepin County Medical Center for treatment.

Officials say the three people knew each other.