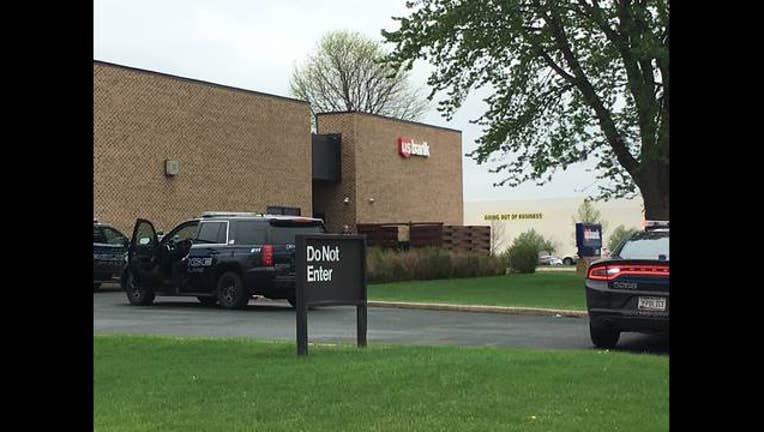 According to Blaine police, the U.S. Bank located off of County Road 10 was robbed at approximately 2:55 p.m.

Blaine police are investigating the robbery and are looking for a suspect. At the time of the robbery, the suspect was wearing blue jeans, a red jacket with a white “4” on the back and a flat bill hat. He was also wearing a blanket or scarf to help cover his face. It is unclear if the suspect left the bank in a vehicle or on foot.

Police say the suspect did not use a weapon during the robbery.

The bank has been temporarily closed while authorities investigate.