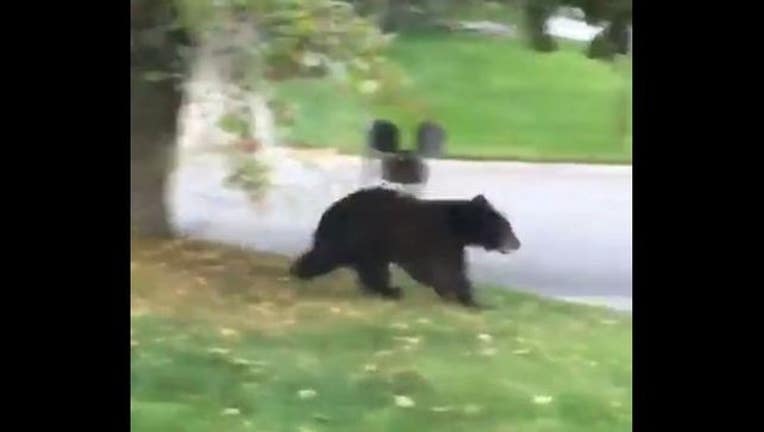 Anoka County Sheriff's Office confirmed they were tracking a bear in the city.

Coon Rapids resident Andy Zyvoloski captured a video of the bear climbing a tree in his yard on Xavis Street, near Coon Rapids High School.

Deputies are still with the bear. No word yet on whether or not it has been detained.