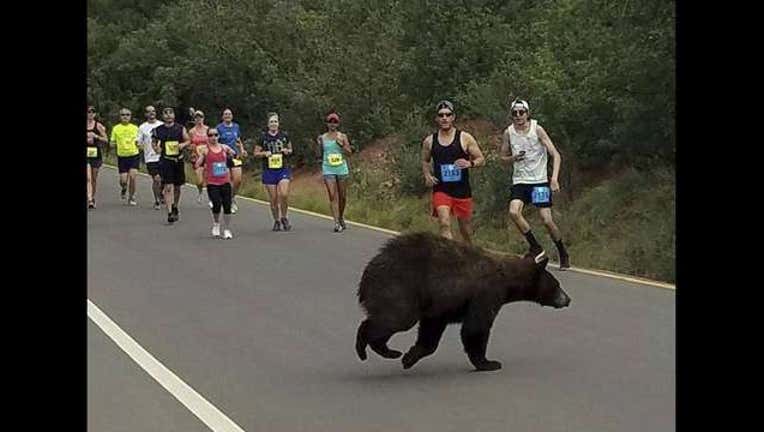 Donald Sanborn says he was about 5 miles into the Garden of the Gods 10 Mile Run on Sunday when the bear ambled across a roadway near Colorado Springs.

Sanborn says the animal seemed to be trying to decide whether to zip across the road filled with runners when a large enough gap finally emerged for the bear to get through.

He says he's encountered bears, elk, turkeys, bobcats and other interesting wildlife on training runs, but hasn't seen an animal like this in a race.

The competition winds through Garden of the Gods Park between Manitou Springs and Colorado Springs.