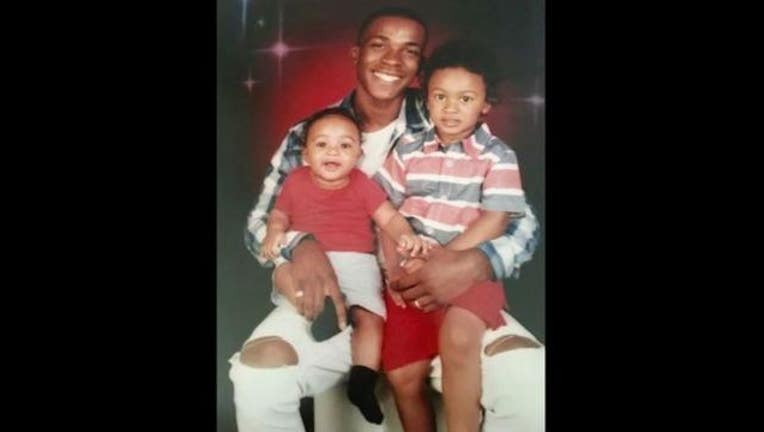 SACRAMENTO, Calif. (AP) -- Sacramento police shot Stephon Clark seven times from behind, according to autopsy results released Friday by a pathologist hired by Clark's family, a finding that calls into question the department's assertion the 22-year-old black man was facing officers and moving toward them when he was killed.

"The proposition that has been presented that he was assailing the officers, meaning he was facing the officers, is inconsistent with the prevailing forensic evidence," Omalu said at a news conference with family attorney Benjamin Crump.

He said it was not clear if Clark would have survived had he gotten immediate medical attention.

Sacramento police responded with a brief statement that said the department had not yet received an official autopsy report from the Sacramento County coroner's office. It said the coroner's death investigation is independent from the investigation being conducted by police and the state Department of Justice.

A day after the March 18 shooting, police distributed a press release that said the officers who shot Clark "saw the suspect facing them, advance forward with his arms extended, and holding an object in his hands."

Police video of the shooting doesn't clearly capture all that happened after Clark ran into his grandmother's backyard. He initially moved toward the officers, who are peeking out from behind a corner of the house, but it's not clear he's facing them or that he knows they are there when they open fire after shouting "gun, gun, gun."

After 20 shots, officers call to him, apparently believing he might still be alive and armed. They eventually approach and find no gun, just a cellphone.

The shooting has produced almost daily angry but peaceful protests in the downtown area of California's capital city.

About 200 protesters gathered Friday night at City Hall. They shouted "Hands up, Don't Shoot!" and Stand Up, Fight Back."

They also chanted the names of young black men who have been killed by police around the country.

Earlier, several hundred black residents gathered at a South Sacramento church for a community meeting focused on supporting black youth in the city.

Clark's death was highlighted, however, with Sacramento Kings player Garrett Temple telling the crowd that Clark "could have been any of us."

Gov. Jerry Brown issued his first statement on the situation earlier Friday, calling it a tragic death that "raises a number of very serious questions and I support the California Attorney General's independent oversight of the investigation."

Police were called to the South Sacramento neighborhood on March 18 after a neighbor reported someone was breaking car windows. A police helicopter identified a suspect, who ran as police on the ground gave chase.

The helicopter video shows the two officers at the corner of Clark's grandmother's house and Clark on the backyard patio. He moves toward the officers' position as they peer around the corner and open fire.

Clark staggers sideways and falls on his stomach as officers continue shooting.

Omalu, whose study of a degenerative brain condition in football players prompted the NFL to adopt new safety rules designed to prevent concussions, said any of the six bullets that hit Clark in the back and one in the neck could have been the fatal shot. An eighth bullet went into Clark's thigh.

The autopsy was released a day after an emotional funeral service.  The Rev. Al Sharpton delivered the eulogy and praised demonstrators for their restraint and urged them to follow the lead of the Rev. Martin Luther King Jr. and his advocacy of nonviolent protest.

Later in the day, police in riot gear stood waiting outside the Golden 1 Center as fans wove through barricades and fencing to enter a Sacramento Kings-Indiana Pacers game. Twice since the shooting, demonstrators had blocked thousands of fans from entering the area.

Instead, they blocked rush hour traffic on nearby downtown streets.

The Kings and their owner have supported the family.