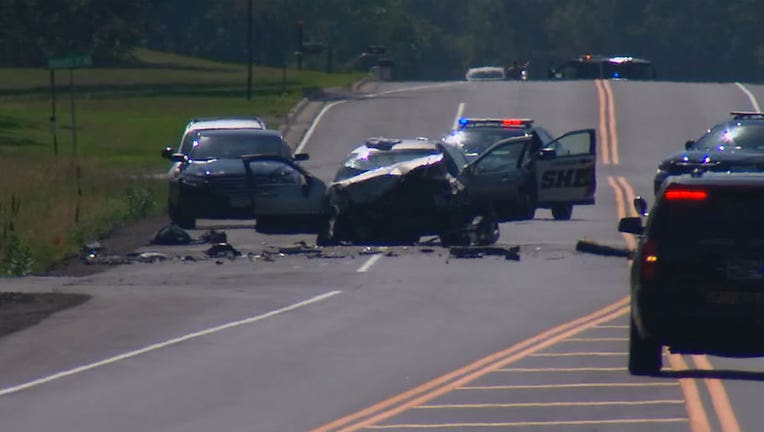 Emergency crews respond to a deadly crash in Ham Lake, Minnesota on the 4th of July.

According to the Anoka County Sheriff’s Office, a car traveling west on Crosstown Boulevard Northeast crossed the center line and crashed into an eastbound car. A man and a woman were declared dead at the scene.

They have been identified as Deborah Meyers, 63, and Richard Meyers, 65, both of Brooklyn Park.

Another man and another woman were transported to Mercy Hospital with non-life threatening injuries.

Both directions of Crosstown Boulevard Northeast are temporarily closed Sunday. Motorists are asked to avoid the area.

The State Patrol, the Medical Examiner’s Office and the Anoka County Sheriff are investigating the crash.