NASA astronaut Mark Vande Hei's Minnesotan parents are relieved now that their son is home and adjusting to earth.

Now it's his parents who are over the moon about the end of their son's historic achievement.

Vande Hei spent 355 days living in space – a record for a NASA astronaut – to help researchers study the effects of long-term space flight on the human body.

His parents say even though Mark experienced congestion and headaches on the International Space Station, his body seems to be getting used to gravity again while recovering in Houston. 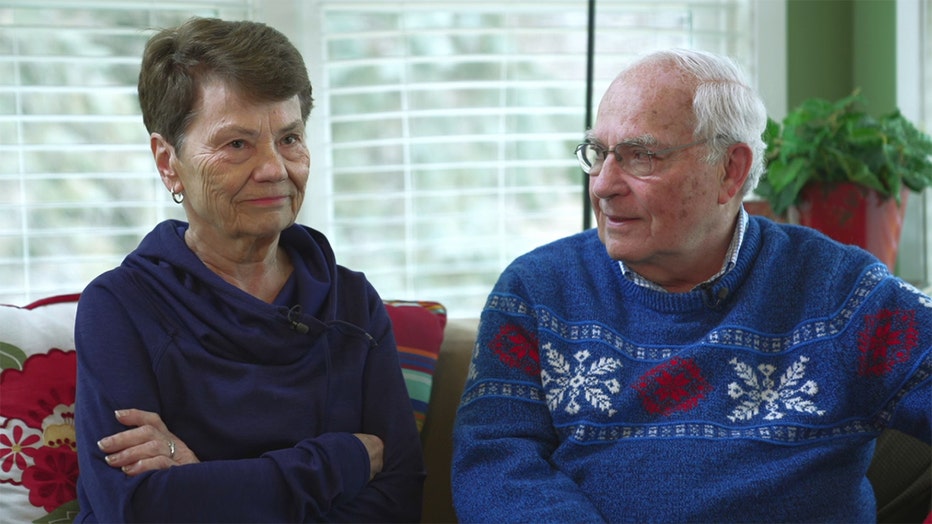 "He's walking around. He's moving his head back and forth. It's just when he bends over, he doesn't know if he's going to be able to get back up," said Tom Vande Hei.

The Vande Heis were concerned Mark could be stranded in space due to rising tensions between the U.S. and Russia.

But he re-assured them he would get his planned ride home during a recent face-to-face from space.

"He said 'Mom, what are you worried about? I said I'm worried they are not going to let you get on the Soyuz.' He burst out laughing. He said 'Mom, we're all good friends. It's not going to happen. really.'," said Mark's mother Mary Vande Hei.

The Vande Heis say Mark bulked up on the ISS to fight muscle loss, and they can't wait to wrap their arms around their oldest son now that he is out of orbit.

The Vande Heis haven't seen Mark in person for two years because of the pandemic and his record-breaking trip to space.

But they plan to remedy that by visiting him in Houston in the next couple of weeks.