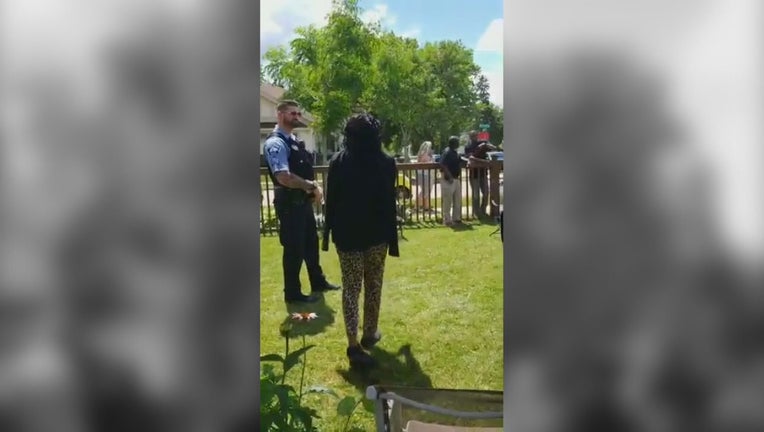 Residents in the Jordan neighborhood of Minneapolis gathered for a listening session in response to the recent violence in the city. (FOX 9)

MINNEAPOLIS (FOX 9) - More shootings and an uptick in violence across Minneapolis has neighborhoods looking for answers.

Last night in the Jordan neighborhood, a listening session was held, offering up some insight as to what can be done to put a stop to the upward trend. While residents want some changes at the Minneapolis Police Department, they’re also looking to police to help them with their efforts.

More shootings and an uptick in violence across Minneapolis has neighborhoods looking for answers.

“We do not want to get rid of you,” said one woman at the listening session. “I can’t live here nor can I police my own community when we have a 17-year-old, a 20-year-old man who just got shot twice in the neck.”

“So what is the strategy for the police to keep us safe tonight, tomorrow, Fourth of July and the rest of this year?” said another woman at the session.

For that, the city and Minneapolis Police Department has announced the multi-agency effort that includes police, the FBI, the Hennepin County Sheriff’s Office and others. Plans in the long term are more complex.

"Kathy and Diana Hawkins and I worked on a project called the Violence Reduction Initiative," said Minneapolis Police Sgt. Deitan Dubuc at the listening session. "That is the solution. It’s a community based, community led, initiative.”

If it sounds familiar it’s what members of the Minneapolis City Council have said they wants to accomplish without the police, saying the department’s efforts haven’t worked. Sgt. Dubuc says he’d like to work together.

“We need the city, we need the community to all be together on this,” said Sgt. Dubuc. “I’m tired of just being reactive.”

It appears as though the Minneapolis Police Department and City Council have the same goal with different ideas on how to get there. A majority of the City Council wants to defund police. For now though, police are still policing. If it’s up to Sgt. Dubuc, they’ll continue to try and change what exactly that means.

“Prior to taking over the community engagement team, I was in charge of the elite training for procedural justice, where it taught the entire police department on how to treat people better, how to communicate, how to build trust, how to do it with legitimacy,” said Sgt. Dubuc.