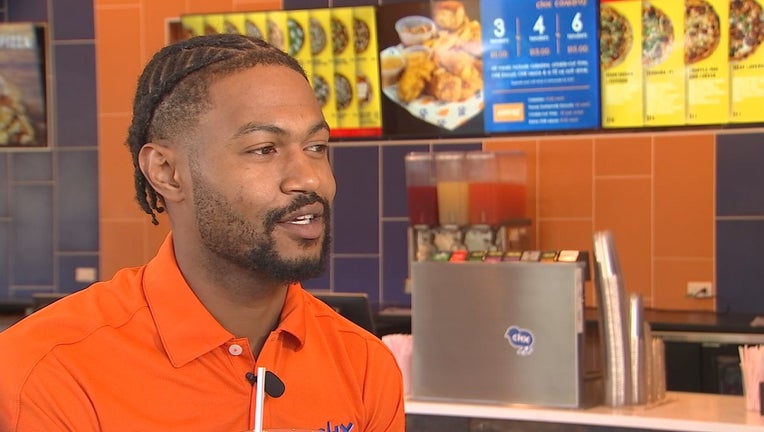 Frederick Huballa has fought through the pandemic to not only keep his business afloat while so many others have failed but to also get it started. (FOX 9)

MINNEAPOLIS (FOX 9) - Black-owned businesses have suffered more than any other group during the pandemic but one business in Minneapolis got on its feet during 2020.

Inside the restaurant CHX, new faces just keep coming to its bigger space after expanding in only a year. It’s something the founders didn’t see coming a year ago.

CHX thrives in Minneapolis despite adversity amid pandemic

Black-owned businesses have suffered more than any other group during the pandemic, according to a recent report from Congress. But south Minneapolis restaurant CHX is defying the odds.

"Didn’t know what to expect, fill a short gap but the people have spoken and the support has been overwhelming," said owner Frederick Huballa.

CHX started as a pop-up shop in Uptown in 2020 during the pandemic -- a time when Black businesses were hit harder than any other ethnic group. A House committee on small business report says Black businesses dropped by more than 40 percent early in 2020.

What these managing partners didn’t know was that civil unrest would begin across the city as they launched on the same day George Floyd was killed.

"Somehow through all of that, we were able to find a way to still be standing to still smile," said Frederick Huballa.

These partners say they have managed to defy the odds, which they say is because of the support from neighbors. "Honestly it’s community, it’s overwhelming community."

Expanding to a larger space means the founders have their sights on the next big goal. They’re aiming for the Minnesota State Fair next year.