The history of Apple, Inc.

How two college dropouts built what would become one of the world's most influential companies.

Have you ever sent a text message and immediately wished you could take it back? Well, soon you can with Apple’s iOS 16 software update.

The tech giant announced the latest text update on Monday at its annual World Wide Developer Conference (WWDC). The new feature will allow users to recall a text up to 15 minutes after sending or recover recently deleted messages for up to 30 days after deleting them, according to a company news release.

Users can even edit a text and mark a message as unread so they can come back to it later.

"iOS 16 is a big release with updates that will change the way you experience iPhone," said Craig Federighi, Apple’s senior vice president of Software Engineering. "We have reimagined how the Lock Screen looks and works with exciting new features that make it more personal and helpful, introduced iCloud Shared Photo Library for families, streamlined communication through new capabilities in Messages and Mail, and harnessed enhanced intelligence with updates to Live Text and Visual Look Up." 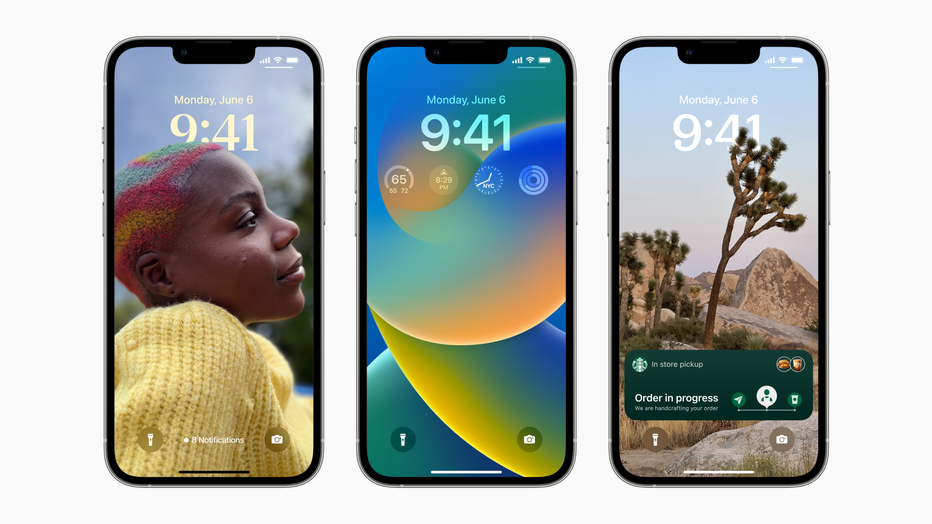 Apple iPhone lock screen with iOS 16 software update. iOS 16 delivers the biggest update ever to the Lock Screen with new features that make it more beautiful, personal, and helpful. (Apple)

The update will also include features to allow users to personalize their lock screens; notifications have been redesigned to roll up from the bottom of the phone screen and a new toggle in the camera app will automatically allow users to send images to the iCloud Shared Photo Library. 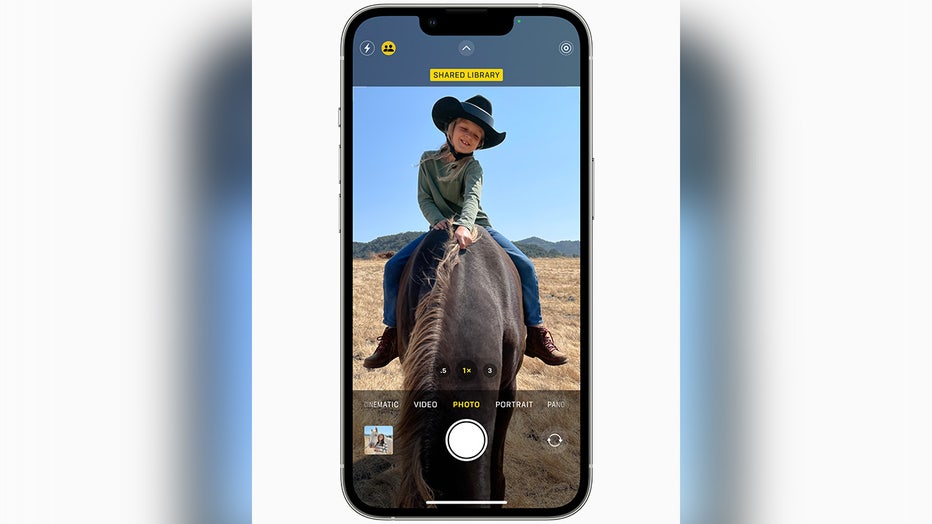 Apple iOS 16 shared library option in the camera app is shown in the photo.  (Apple)

The Apple Pay service that’s part of the iPhone’s digital wallet is adding a new financing feature that will allow consumers to stagger the cost of any purchase made through Apple Pay over four installments completed within a six-week period with no additional fees. Similar financing is already offered through digital services such as Affirm. 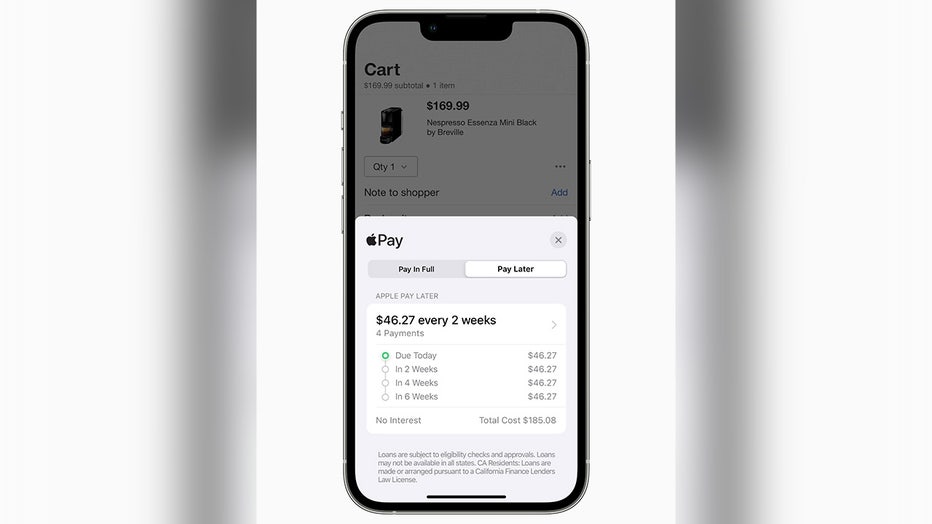 Staggered Apple pay option for the iOS 16 software update down in the picture. (Apple)

Several of the new features for Apple’s Macs and iPads are designed to make it easier to sync with the iPhone for things like making video calls. Other tools will enable more apps to run side by side to perform multiple tasks on the same screen.

Helping people toggle from one Apple device to another is one of the main reasons that the company began making Macs that run on the same kind of chips that power the iPhone and iPad in late 2020.

Users will even be allowed to tap and hold on a subject in a photo and lift the subject from the image and place it in a message as well as many more updates.

The full software update of the iOS 16 will be available for free to all beginning this fall for iPhone 8 and higher, according to Apple.

The Associated Press contributed to this report. This story was reported out of Los Angeles.