ATLANTA - Atlanta Braves legend Hank Aaron was known for breaking records on the field and while he was doing that, he was also breaking barriers. It is no wonder he should include Andrew Young among his closest friends.

Young, a former Atlanta mayor and ambassador to the United Nations has long been a champion of civil rights. He said so was his friend, Hank Aaron, who he said left a powerful legacy on and off the baseball diamond.

"The Bible says three score year and ten. That's 70 and he made 86 and lived a wonderful life," Young said. 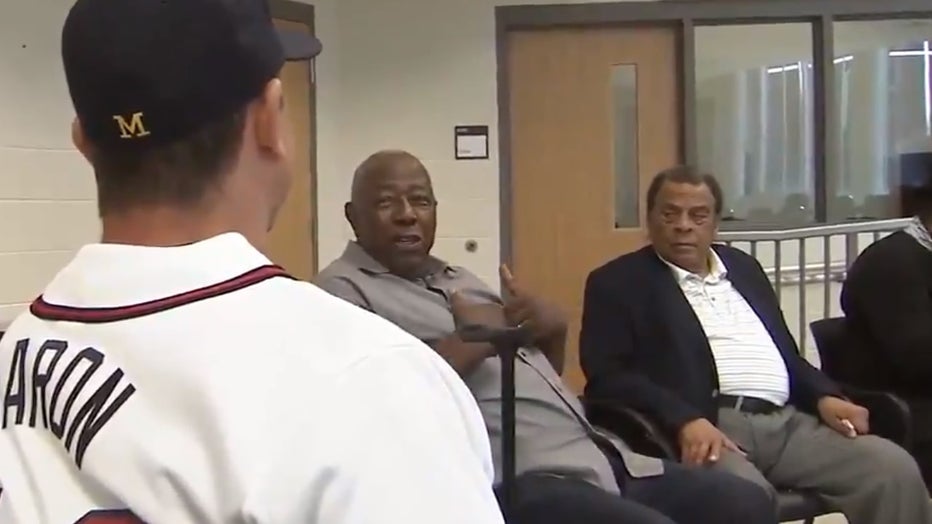 Aaron seemed to live each of those days with purpose and courage. The 86-year-old Hall of Famer broke barriers not only on the baseball field but in life. Young said Aaron was generous and always helped others.

"Hank Aaron lived a great life. He was not only a great baseball player, he was a great man. He did more to help people from his business profits than he did from baseball," Young said.

The Home Run King's last public appearance was earlier this month when he, Young, and former Health and Human Services Secretary Dr. Louis Sullivan received their coronavirus vaccinations at Morehouse School of Medicine. And once again, Aaron was thinking of others.

"This is something small I can do to help a zillion other people," Aaron told FOX 5 News just two weeks ago.

Young said Aaron may be gone physically, but his impact on the world lives on indefinitely.

"He learned to live without fear. That is the basis of courage," Young said. "This is a spiritual, the physical doesn't last forever. I think we are going to always remember Hank Aaron. You will not be able to go to that ballpark without going by and paying your respects to that wonderful statue."