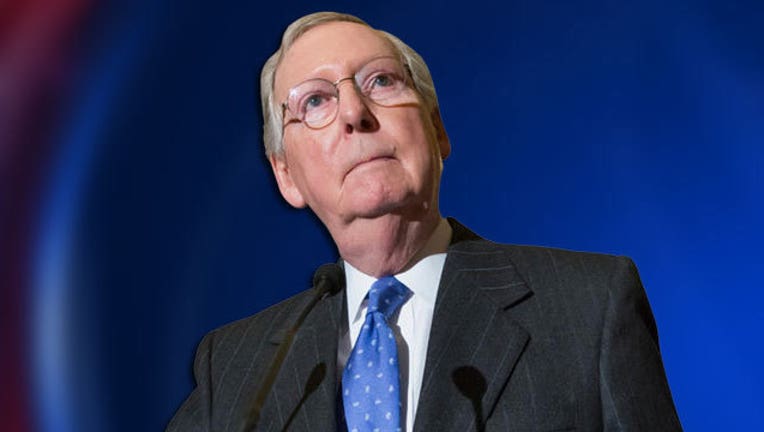 McConnell tripped on his outdoor patio at his Louisville home Sunday morning, and has been treated and released after getting medical attention, said David Popp, a spokesman for the Kentucky Republican. Popp's emailed statement said the 77-year-old McConnell is working from home in Louisville and "will continue to work from home" for now.

The statement didn't elaborate on where he received help or what treatment he received or the expected time needed for recovery. A McConnell spokesman didn't immediately return a telephone message Sunday evening.

The statement said McConnell has expressed his sympathies to the people of El Paso, Texas, and Dayton, Ohio, following the recent mass shootings in those communities and that he had been in touch with two Senate colleagues for those states.

McConnell returned to Kentucky after the Senate began a five-week recess Thursday, hailing the chamber for a hard-won budget deal that staves off a possible government shutdown. But McConnell, who is up for reelection next year and has aligned himself closely with President Donald Trump, has recently been criticized for blocking election security legislation aimed at protecting the nation's political system against foreign attacks.

On Saturday the sixth-term senator attended Kentucky's premier political event, where some Democrats wore "Moscow Mitch" shirts depicting the communist-era hammer and sickle and others heckled McConnell during the stump-style speaking at the Fancy Farm picnic.

McConnell has pushed back hard against his critics, likening the attacks to "modern-day McCarthyism." He received a long ovation during a Republican breakfast Saturday.

"It's appropriate to see a bunch of Democrats running around with communist flags on their shirts," the senator told reporters at the breakfast. "That ought to tell you something about where they want to take the country with the Green New Deal and Medicare for all. Their whole agenda would fundamentally change the country with something it's never been."