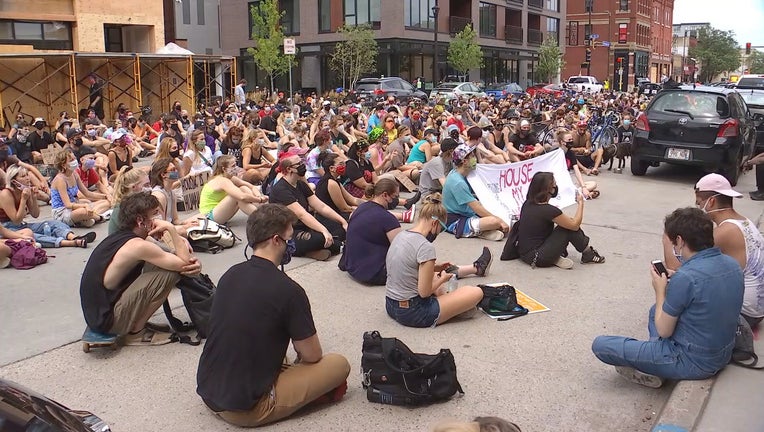 MINNEAPOLIS (FOX 9) - Marchers called on Mayor Frey and other city leaders Saturday to take steps to deal with the growing population of people facing homelessness in Minneapolis.

The rally comes days after the Minneapolis Park Board moved to begin limiting the number of people allowed to stay at encampments in city parks. Saturday, a rally moved through the streets of Minneapolis to outside the home of Mayor Frey to call for action on the issue.

Marchers on Saturday called on Mayor Frey and other city leaders to take steps to deal with the growing population of people facing homelessness in Minneapolis.

Chants directed to the Minneapolis mayor were heard along East Hennepin Avenue on Saturday, as advocates and those experiencing homelessness demanded more housing solutions.

"Give us affordable housing now, not tomorrow, not next year - now," said Nadine Little.

Nadine Little is currently living at one of encampments in the city but is looking for something more.

"In a house somewhere, anywhere other than in a tent," Little said.

Others from the Minneapolis Sanctuary Movement and Freedom from the Streets want to make sure permanent solutions are found before the weather gets colder.

"There’s nowhere for all these people to go, being outside is very hard especially when it’s hot," said advocate Alexis Kramer. "We have two maybe three months before winter comes and we really need housing solutions as soon as possible."

The City of Minneapolis and Hennepin County say they are working hard on the issue, announcing earlier this week that they, along with nonprofit partners, will be constructing three new shelters over the next year: One specifically for native residents, one for women and another with Catholic Charities for the medically frail.

There is also a one-time $17.5 million federal grant that the city and county will be using for homeless assistance. They took community proposals in four key areas:

Those at the rally just want to make sure support for the cause doesn’t stop.

"I feel really blessed that the community is coming together," said Kramer.