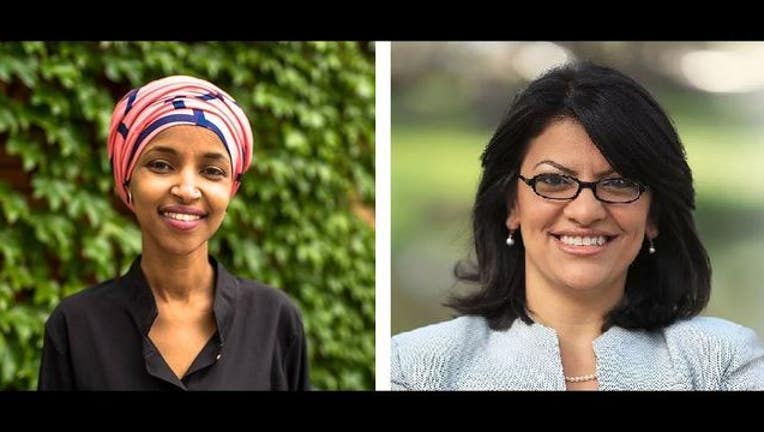 Laura Loomer was part of a group that confronted Omar and Tlaib at the Holy Land deli in Minneapolis on Saturday night.

Omar didn't immediately respond to a request for comment Sunday.

Loomer was arrested in New York in June after storming the stage of a production of Shakespeare's "Julius Caesar" that has a character resembling Donald Trump who's assassinated.