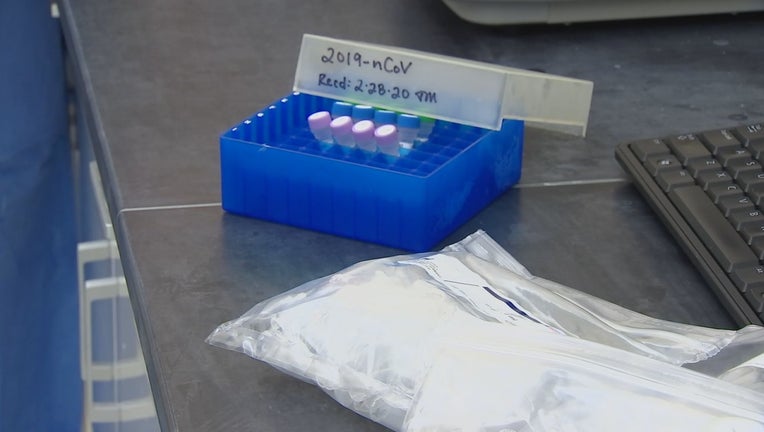 Over just the past two weeks, that request has exploded to 4,200.

Minnesota health officials want to hire 4,000 investigators to trace the movements of people who test positive. It's the next phase in the state's antivirus efforts.

Health officials say these contact tracers will call people who test positive, finding out where they've been and who they've come into contact with. Those people will then be told to stay home, a targeted isolation tactic that is Minnesota's next phase in the antivirus effort.

"When we don’t have a handle on that, we end up isolating pretty much everybody, which is what we’ve been doing," said state Rep. Tina Liebling, DFL-Rochester and the chair of the House Health and Human Services committee.

At the outset, the state aimed to finish investigations of positive tests within 24 hours. Health officials said that's no longer possible because of the volume of positive tests and because the "vast majority" are non-English speakers that require interpreters, infectious disease director Kris Ehresmann told reporters Wednesday.

On April 24, assistant health commissioner Dan Huff told state lawmakers that between 400-500 tracers would be needed. Wednesday, assistant commissioner Margaret Kelly said the number had grown to 4,200 as the state ramps up testing.

"That is the equivalent of standing up a department two and a half times the size of the Department of Health right now," Kelly told lawmakers. “It’s a huge endeavor."

Liebling said the cost of the new program was a "work in progress." Her bill includes a blank line where the funding allocation would normally be.

The state prefers to contract with outside vendors to do the tracing instead of hiring thousands of new staff, Kelly said. The bill prohibits health care providers from preventing furloughed workers from taking temporary jobs as contact tracers.

The Senate Jobs committee approved legislation allowing any business to restart operations as long as it follows CDC guidance.

The bill sparked backlash from union officials, who said the legislation did not do enough to protect workers. That led to heated debate between the committee's GOP and Democratic members.

"Fundamental question: how long are we going to not operate? Is it going to be two years?" said state Sen. Rich Draheim, R-Madison Lake.

"These small business owners are really hurting," said state Sen. Karin Housley, R-St. Marys Point. "They do want to open safely and want to work with the governor on a plan. But we don’t have a plan and we can’t wait much longer."

Since the crisis began in mid-March, 20 percent of Minnesota's labor force of 3.1 million has filed for unemployment.

On the day Minnesota saw its highest daily number of deaths, Democrats accused Republicans of ignoring the health crisis.

A Minnesota Senate employee has tested positive for the coronavirus, and staffers and senators who came in contact with the infected person have been advised to self-quarantine.

A spokeswoman for the majority Senate Republican caucus could not say how many people have been told to quarantine.

The positive test will complicate an already tense time for the Legislature, with the end of session looming on May 18 and major priorities hanging in the balance.