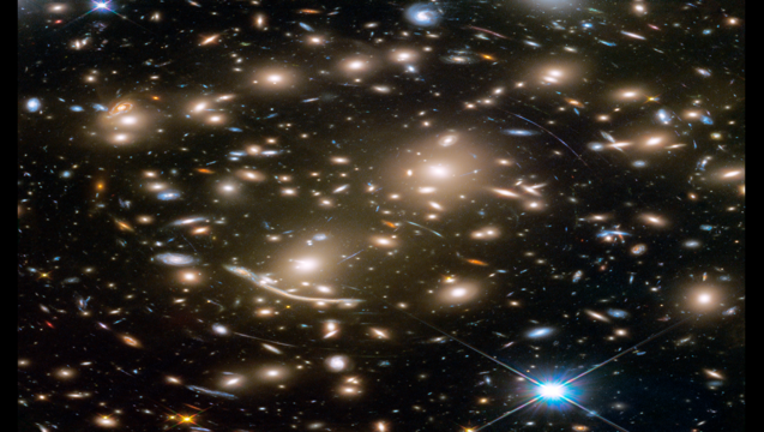 KMSP -      The second movie in the Guardians of the Galaxy franchise hit theaters on Friday and in the franchise’s honor, I wanted to show you an image taken by the Hubble Space Telescope that will remind you just how big our universe really is.  While the 2nd installment will likely be a smash at the box office, I know this meteorologist will be seeing it, the plausibility of anything or anyone actually guarding the universe from evil is a stretch to say the least… ESPECIALLY when you consider its massive size.  I absolutely understand that this is a light hearted fun movie for entertainment purposes only, but that doesn’t mean we can’t learning something from it.

The massive scale of the universe is next to impossible to comprehend for humans because we associate size with things we can physically see and touch.  For Earthlings, the largest singular items we see are the sun and the moon.  But those objects aren’t exactly tangible, so even the sizes of those are a bit intangible.  We use things like planes, mountains, lakes, and buildings to understand and compare size.  Clearly, these objects are infinitesimally small compared to our universe, but let’s try this anyway.

The image above is called the Abell 370 galaxy cluster.  The cluster contains several hundred galaxies tied together by the mutual pull of gravity. Photographed in a combination of visible and near-infrared light, the brightest and largest galaxies are the yellow-white, massive, elliptical galaxies containing many hundreds of billions of stars each. Spiral galaxies have younger populations of stars and are bluish. Mysterious-looking arcs of blue light are distorted images of remote galaxies behind the cluster. The cluster acts as a huge lens in space that magnifies and stretches images of background galaxies like a funhouse mirror.

Now for reference, the Milky Way galaxy that we live in is a bluish spiral galaxy like you see in this picture.  If our sun was placed in a similar spiral galaxy in this picture, it wouldn’t even be visible to our eye ball at this distance.  We would have to zoom in tens of thousands of times closer to be able to even see it with the naked eye.  And the sun is about a thousand times bigger than the Earth.  Feel small yet?

The image taken by the Hubble represents about a thousandth of a percent of the sky visible from Earth, and it likely contains trillions of stars.  Feel even smaller??? Yeah, me too…