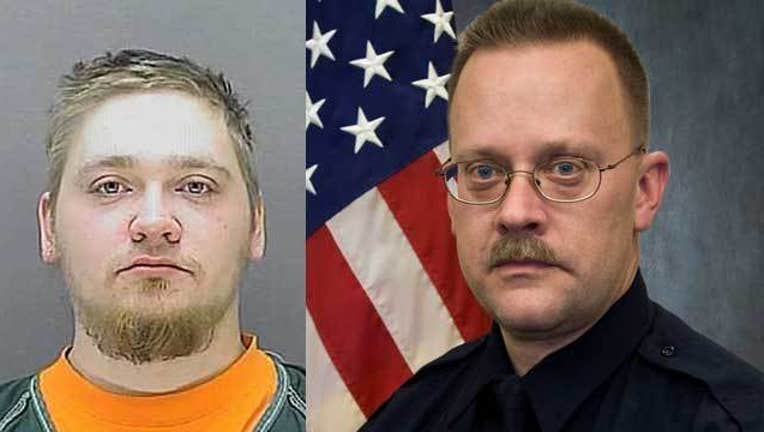 The Wright County sheriff's office has released transcripts of the 911 calls made by Chris Besser and Blake Besser following a deadly shooting in their St. Michael, Minn. home on the night of May 9. Chris Besser is charged with two counts of second-degree murder for shooting his brother and father, Todd Besser, who was an Elk River police officer.

"This is going to sound really odd, but I ended up killing my father and my brother," Chris Besser told the dispatcher. "And I just thought you guys should know."

The call ends with the dispatcher telling Besser, "you did the right thing with calling."

Blake Besser's call captures his final moments of life, in which he identifies his brother as the shooter. TAP HERE to read the transcript of that call. Warning - Some lines of this transcript may be disturbing.

CO: Wright County 911. Is this an emergency?

CB: Um. This is gonna sound really odd but, ah, I ended up, killing my father and brother.

CB: And I, I just thought you guys should know.

CO: Okay. Are you gonna stay there and, and wait for a deputy to come and talk to you?

CB: Uh. Broadway in Monticello. Other than that I have no idea what the address is.

CO: Okay. Okay. Alright. What did, can you tell me what happened?

CO: Well right I kn-, I know but what happened with your, your dad and brother?

CB: I wish I (could) give you a better statement about it.

CB: (inaudible) I can't. I just, got fed up with my dad and, I did it and my brother was home and.

CO: Okay. Alright and where is the weapon now, did you leave it at the house?

CO: Okay. Alright are you gonna stay at the gas station?

CB: I was driving.

CO: …on the phone with you okay, and I'll be here to talk to you if you wanna talk to me at all. Okay?

CB: Hey I'm gonna be using the phone for a few more minutes.

UF: Stay on the line one second.

CO: Alright just stay on the phone with me and the deputies are gonna come out and they're gonna, talk to you okay?

CO: Okay. Um what was going on with your dad?

CB: Um. Just a dispute where,. It sounds ridiculous, really does. I, I completely understand where you might be coming from but um. I just, (inaudible) just workin' the (inaudible) like he expected things of me that…

CB: …that I didn't agree with. So (inaudible). (Inaudible) and sounds ridiculous I know.

CO: You have feelings too.

CB: I know, and I know where you're coming from you know. You're trying to calm me down but, there's no way to calm somebody down (inaudible) you know.

CO: Yeah I'm…I understand that too. But like you said, I don't…I'm here to talk to you. If you just wanted.

CB: Yeah. I, I'm sorry if I don't sounds like I'm coming across very okay.

CO: No it's totally, ah, totally understandable. But you're doing a good thing with, with calling and talking to me.

CB: Thought so. Beats, ya know, sleeping underneath a God damn f-----, ah highway overpass right? I mean (inaudible) to answer there too huh?

CO: No I'm just…I was telling my deputies something. I'm sorry.

CB: Ok. Okay. Just let them know I'm in complete compliance here. I ain't trying to fight or anything.

CO: Right and I, I am letting them know that right now.

CO: the deputies are just going by the hospital.

CO: And they want you to step outside. Can I get your clothing description?

CB: Uh, I got some keys and a lighter.

CO: No, what are you wearing for clothing?

CO: okay blue pants and a gray shirt, okay. Alright what I want you to do is I want you to put the phone down and go outside and put your hands up. Okay?

CB: Alright I can do that.

CO: You did it. You did the right thing with calling. Okay?