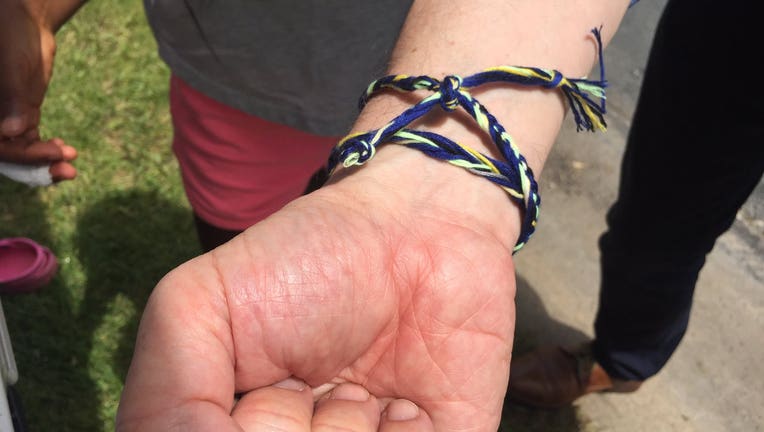 A group of kids in Chanhassen are making and selling bracelets to collect donations for those impacted in Minneapolis following the riots. (FOX 9)

CHANHASSEN, Minn. (FOX 9) - The Twin Cities metro is healing following the death of George Floyd and destructive riots. The efforts to help families to rebuild neighborhoods is just starting and some of the biggest ideas are coming from small efforts.

Leave it to the kids to weave a world of change.

“My friend Tanner came up with doing the bracelets,” said Kamryn Johnson.

Sometimes it takes a nine-year-old to come up a big idea.

After a week of watching the destruction of neighborhoods in Minneapolis and St. Paul, Kamryn found a way to help families in need - one bracelet at a time.

“As you can see the moms have now been pulled in, too. All hands on deck,” said Shani Johnson, Kamryn’s mother.

Well, it kind of took off.

“We are blown away by what this has turned into,” said Shani Johnson.

The donations have poured in - many from Ron’s friends.

All that weaving, braiding has turned into more than $50,000 so far.

“It just goes to show that everybody does their part, where they are, with the gifts that they have that God has given them in their space and this is ours,” said Shani Jonson.

All woven from a simple idea.

“And so I just take the time to have that compassion and empathy, we all can be a nine-year-old,” said Johnson. “And just do what’s right. That’s it.”

Ron Johnson is a contributor to FOX 9 and co-hosts Vikings Gameday Live.