A St. Pete couple contacted a local beekeeper after the husband was stung by one of the thousands of bees that colonized behind their shower wall. After tiles were removed, it revealed a 7-foot beehive with up to 80,000 bees living in it.

ST. PETERSBURG, Fla. - Tens of thousands of bees were evicted after a giant hive was found behind the bathroom wall of a St. Petersburg home.

Elisha Bixler, a local beekeeper, told FOX 13 the homeowners in Shore Acres knew there was a hive behind the wall of their shower. At first, they weren't too concerned about it.

That is until the bees started coming through the cracks and into their home. Then, the husband got stung.

So, the couple called Bixler. A video provided by the beekeeper shows her removing the shower tile, eventually revealing the 7-foot beehive. 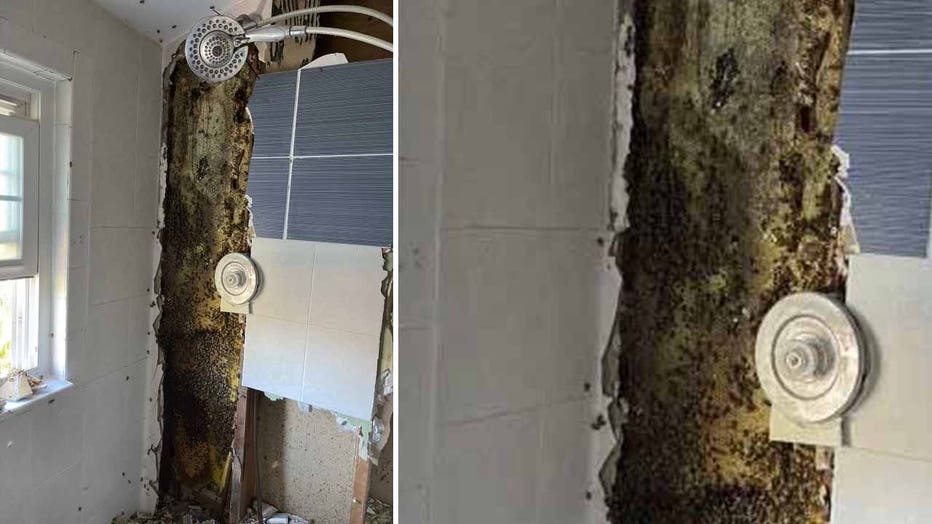 "I have a heat thermal gun and the hive was pretty large," she explained. "As soon as I started breaking away the tile, I realized how massive this colony was."

Once she got the queen safely removed, Bixler said all the bees were taken back to her bee farm, "How’s Your Day Honey."