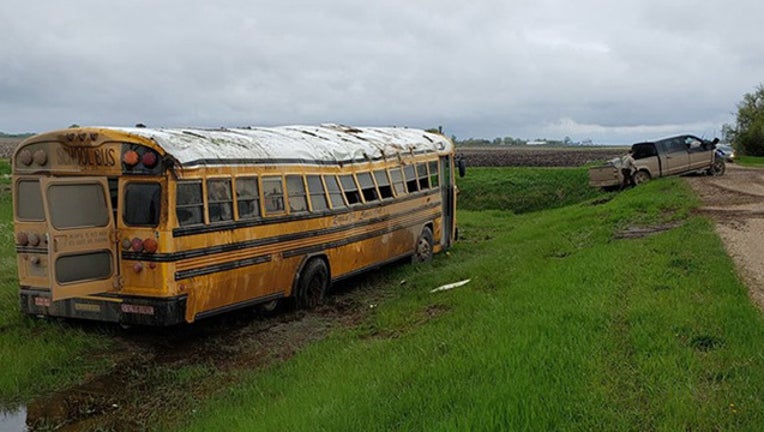 According to the Traverse County Sheriff’s Office, the bus was carrying seven children between the ages of five and 15 and was traveling south on 740th Avenue.

While the bus approached an intersection at 680th Street, a 24-year-old man driving a pickup struck the school bus, causing it to change direction and roll into the ditch.

All of the students were treated and have since been released from Wheaton Sanford Medical Center. The driver of the pickup was also hospitalized and was later airlifted to Fargo with non-life threatening injuries.

Raguse Bus Lines was the operator of the school bus. The accident is still under investigation.