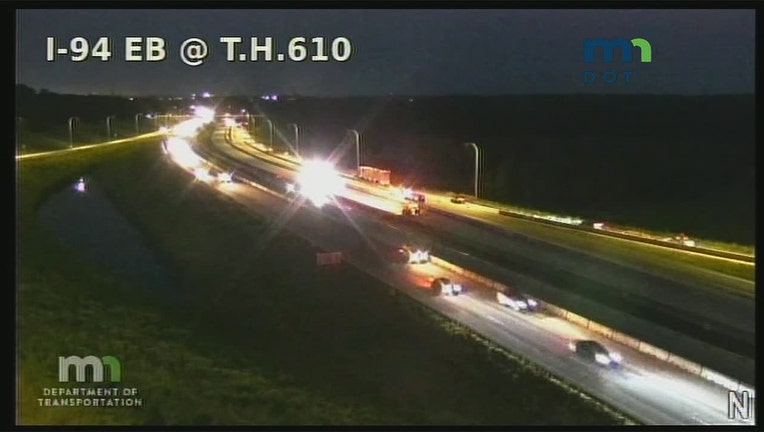 The Minnesota State Patrol is investigating a fatal motorcycle crash on I-94 in Maple Grove.  (FOX 9)

The crash occurred around 4 a.m. just west of Highway 610, according to the Minnesota State Patrol. The motorcycle driver was heading west on I-94 when he entered a construction zone, drifted off the road and rolled several times, coming to rest in the left ditch.