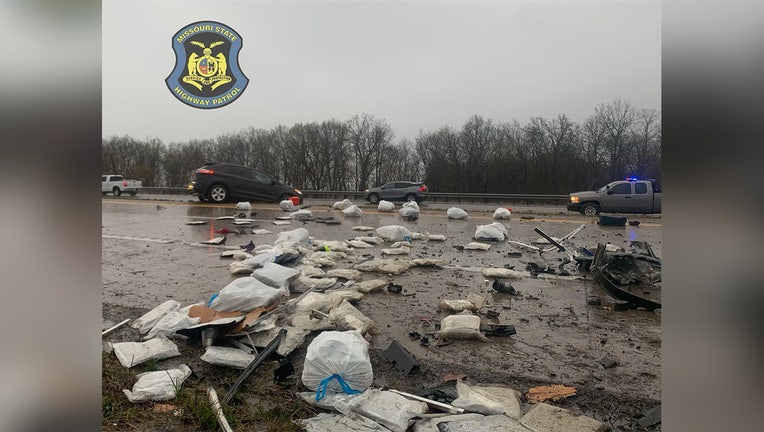 Troopers responding to a crash on Interstate 70 in Callaway County, Missouri, on April 20, were initially met with the typical car accident scene: Debris and — to their surprise — dozens of packages of marijuana scattered across several lanes of highway.

"You don’t see this everyday, but it is 4/20…," the Missouri State Highway Patrol tweeted.

April 20, also known as 420, is the unofficial holiday dedicated to celebrating and smoking marijuana.

According to the accident report, a semitrailer was attempting to avoid another accident on the same highway when a pickup truck rear-ended the semi. A second semitrailer then hit the pickup truck which was loaded with 500 pounds of marijuana.

Fortunately, no one was seriously injured.

Police arrested 34-year-old David Mora Navarro, the driver of the pickup truck, and 32-year-old Victor Gonzalez Acosta, who was a passenger.

Both men are residents of Mexico, according to their arrest reports, and have been charged with felony drug trafficking. Navarro was given an additional charge of careless and imprudent driving, resulting in a crash.

Officials said it took more than one patrol car to haul all of the marijuana into evidence. 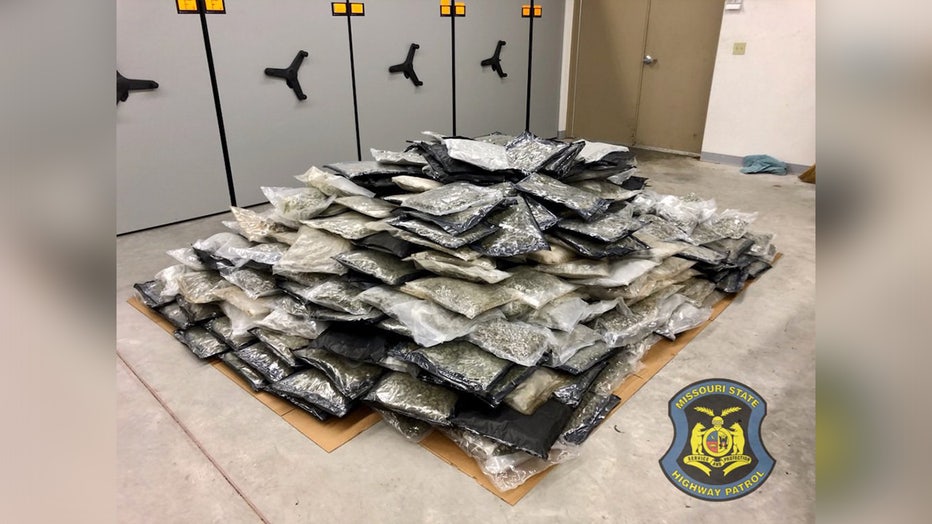 This story was reported out of Los Angeles.