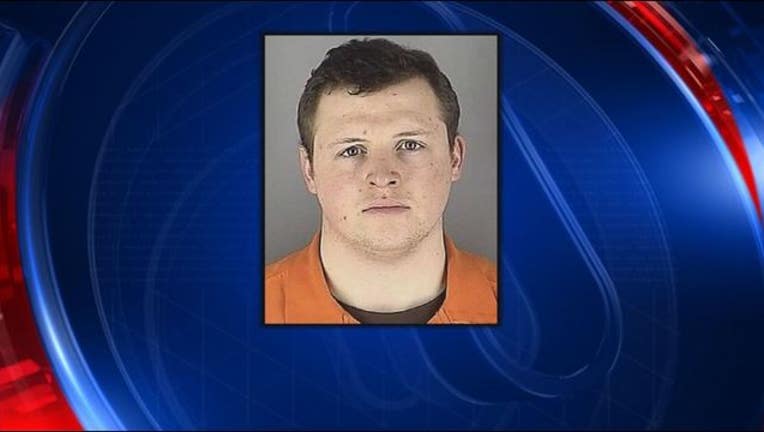 MINNEAPOLIS (KMSP) - Allen “Lance” Scarsella, the man on trial for shooting five protesters during the demonstrations at the Minneapolis Police Department’s Fourth Precinct in 2015, was on the witness stand all day Monday to testify in his own defense.

Scarsella testified about a video featuring him and an armed associate heading to the Fourth Precinct protests days before the shooting.

Prosecutors have said the video circulated among demonstrators at the occupation of the Fourth Precinct following the shooting death of Jamar Clark in November 2015.

Some perceived the video as racially threatening, and it had the crowds on edge.

When Scarsella showed up with three other friends - including Nathan Gustavsson - at the protest on the night of Nov. 23, they were quickly approached by several men in the crowd.

Scarsella told the jury that the group was agitated, demanding that they remove their face coverings and suggested they were with the Ku Klux Klan or the police.

Scarsella captured the confrontation as he live streamed video from the sidewalk across from the police building.

As the crowd of protesters grew, Scarsella told the jury he was punched in the face. He testified that he and his group of friends backed away.

Surveillance videos capture their retreat. Gustavsson was also hit upside his head and knocked to the ground. Scarsella yanked him back up.

But, the surveillance videos did not document the shooting itself.

Scarsella testified that five to seven angry protesters continued to pursue the group. He claimed he was surrounded in a semi-circle. He also insisted he told the crowd to get back or stay back some 20 times as he tried to get away.

Someone reportedly yelled, “White boy…You are going to die.”

Scarsella said he saw another person raise what appeared to be a shiny metal weapon that he perceived to be a knife.

“There was no time to think,” he said. “I was really scared. The situation got out control. I didn’t know what was going to happen next.”

He opened fire, hitting five men, and then ran from the scene.

The prosecution got a chance to cross-examine Scarsella on Monday afternoon. Prosecutors focused on the racist text messages he exchanged with a friend and his use of racially derogatory terms.

Court will resume at 9 a.m. on Tuesday.