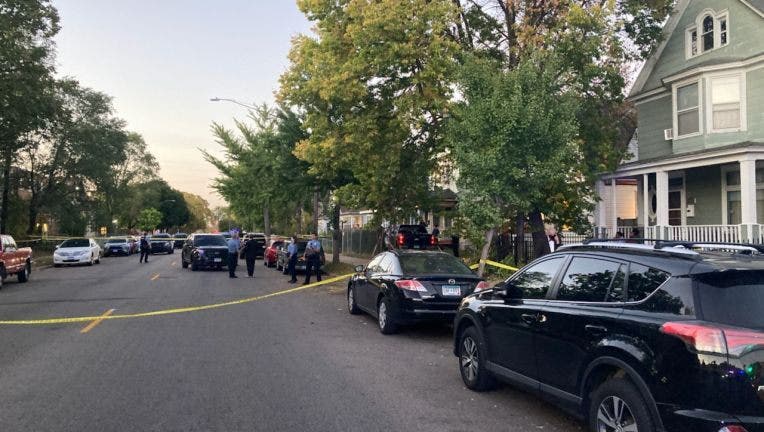 The scene where Minneapolis Police shot and injured a man Tuesday night.

MINNEAPOLIS (FOX 9) - A 43-year-old shot by police Tuesday in Minneapolis was charged Thursday after being found to be ineligible to possess the firearm police found at the scene.

Douglas Peake, 43, of Minneapolis, was arrested after he was treated for his non-life threatening gunshot wounds at Hennepin Healthcare Tuesday night.

Authorities are investigating after a suspect was injured following an armed confrontation with Minneapolis Police&nbsp;Tuesday evening.

According to a criminal complaint filed in Hennepin County District Court, officers responded to 27th Avenue and Bloomington Avenue South in Minneapolis Tuesday on a report of a single-vehicle crash. Reports were that the driver was leaving the scene with a firearm in hand.

Officers pursued him on foot and arrested him. Peake was shot in the incident.

During a search of the scene, BCA agents found a firearm hidden in the path of his run from officers. He later admitted to police he had been driving that day and admitted to purchasing a firearm.

The BCA is investigating the use of deadly force by the Minneapolis Police Department. The officer involved will be identified by the BCA. Body cameras captured portions of the incident.