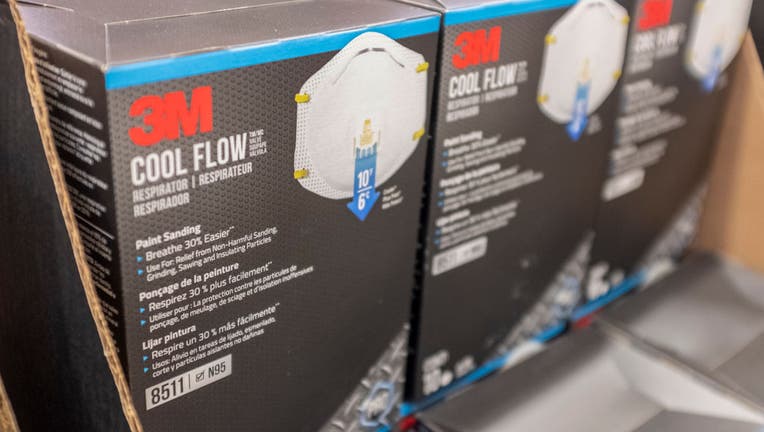 MAPLEWOOD, Minn. (FOX 9) - Minnesota-based 3M says it has filed another price gauging lawsuit in federal court, this time targeting an Orlando-based defendant that tried to sell tens of millions of 3M N95 respirators at “grossly inflated” prices to the Strategic National Stockpile.

3M said the respirators were likely nonexistent and that the Orlando defendant falsely affiliated itself with the company. The defendant, Geftico LLC, blamed 3M for the high prices, claiming it had changed its prices “several times,” which 3M says was not the case.

3M is seeking damages from Geftico and is hoping to make the company cease its illegal activities. Any damages recovered will be donated to COVID-19-related nonprofits, 3M says.

The CDC first reached out to 3M to report that Geftico made the offers in March and April, but 3M confirmed the company was not affiliated with them and that the masks were not available.

“3M will continue to take action against those who exploit the demand for N95 respirators used by healthcare workers on the frontlines of the COVID-19 fight,” said Denise Rutherford, 3M Senior Vice President, Corporate Affairs.

3M said it continues to work with national and international law enforcement entities in an effort to identify illegal activity during the COVID-19 pandemic.

Tuesday’s lawsuit was the latest in a series of them over the past week. Here are the other three: