On Halloween Day 1991 and the days that followed, the Twin Cities metro area received more than two feet of snow, a record that still stands 30 years later, as the storm has become obsessed over, joked about, and part of the fabric of Minnesota history.

(FOX 9) - On Halloween Day 1991 and the days that followed, the Twin Cities metro area received more than two feet of snow, a record that still stands 30 years later, as the storm has become obsessed over, joked about, and part of the fabric of Minnesota history.

The storm still holds the record for the largest snow total in a single storm in Minneapolis and Duluth. Minneapolis recorded 28.4 inches of snow. Duluth recorded 36.9 inches.

On October 30, 1991, Todd Krause was one of the youngest meteorologists working at the National Weather Service which, at the time, was located at the Minneapolis-St. Paul International Airport. He says, they could tell a storm was headed towards Minnesota the evening of Halloween, but thought temperatures would stay above freezing.

"We thought it would be a cold rain that would produce about two inches of rain," Krause said.

Krause says he was off the next day, on Halloween, but once he started seeing the precipitation fall out of the sky as snow, he knew it would keep snowing, and predicted totals could be significant. 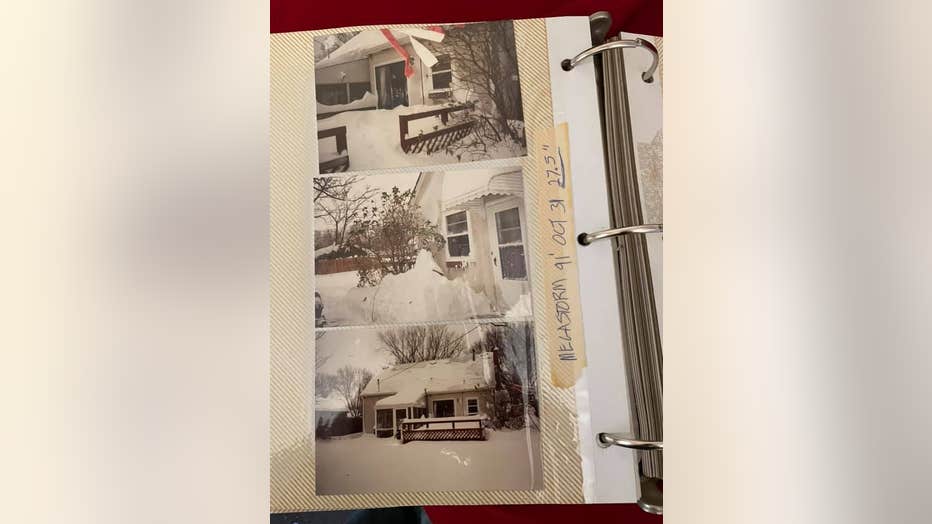 "I actually said to a relative I was with at the time ‘we could get two feet of snow out of this,’" Krause said.

The snow did keep falling. The Minneapolis-St. Paul airport recorded 28 inches of snow, a state-wide record at the time and a total that still holds the record in Minneapolis for the most snowfall during a single storm.

In a 1991 newsletter, the Minnesota Department of Transportation called the event a "megastorm" that created "meganightmare" for their maintenance crews. That same letter highlighted the MNDOT plow crews that became heroes clearing the roads during the storm and in the days after. 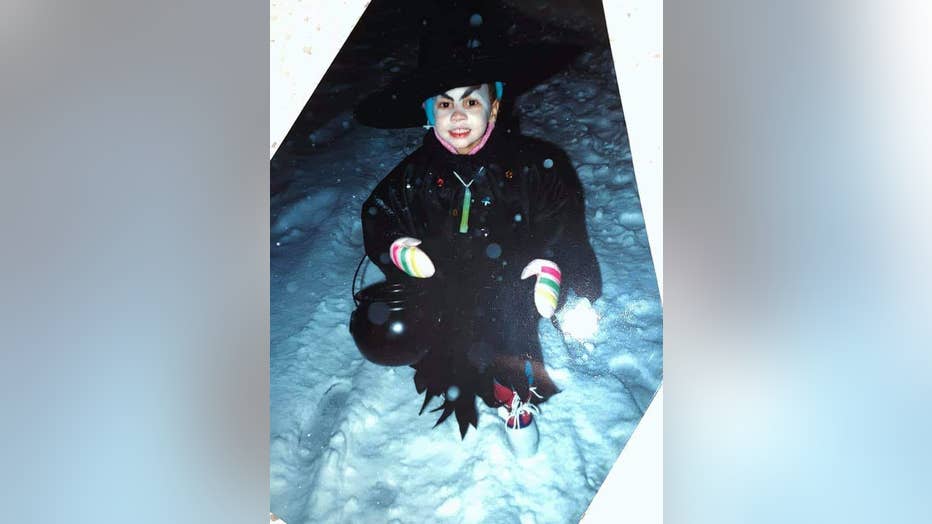 One of those crews included Jeb Falgren and a plow crew out of Mankato. In the letter, they’re thanked for helping a phone company get access to the community of Good Thunder to fix vital communication lines. 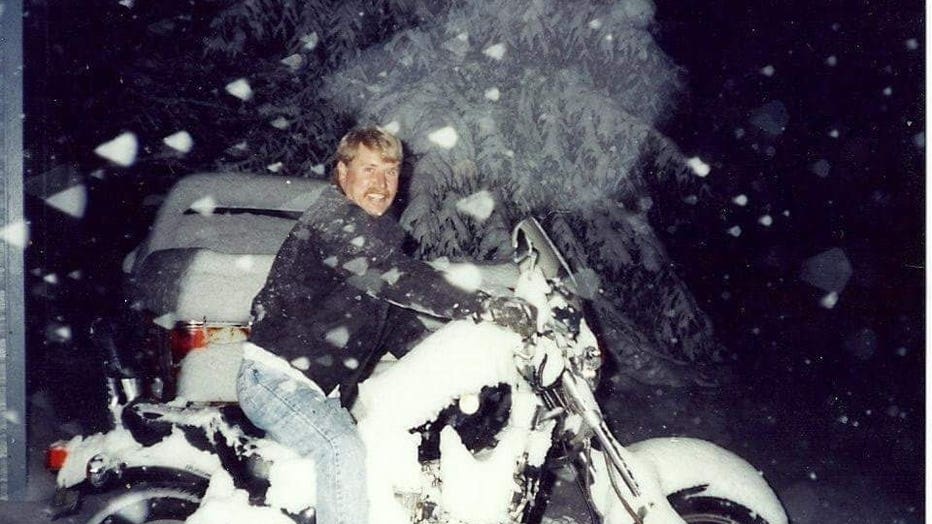 At the time, Falgren was a young man working as an engineer on a construction team. He was told by his superiors that he should get some experience with a plow crew during a snowstorm. He chose to go out with a crew on November 1, as the snow was still falling and many roads were impassable.

In addition to clearing the way for phone company crews, Falgren says his team helped evacuate more than 100 drivers that were stranded on a highway in Eagle Lake outside of Mankato.

Thirty years later, Falgren says the events of that storm are still talked about among MNDOT staff and is still cited when making their early winter plans. 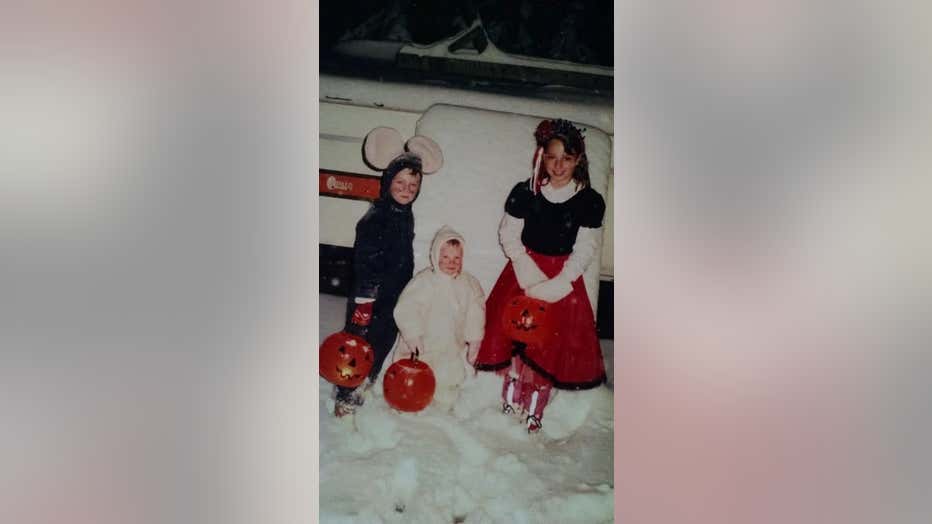 "I don’t think I have gone through a winter preparation process or any type of winter storm conversations and not talked about the Halloween storms," Falgren said.

The storm leads to some long-term changes at MNDOT. Falgren says in 1991 only a few of their vehicles had plows attached to the underside, under the weight of the entire truck. He says those plows worked so well to clear compacted snow and ice during that storm that MNDOT decided to put them on all their vehicles.

"It’s kind of fun to see how just the impact of that can resonate for so long," Falgren said.

Others were out during the night of Halloween 1991 helping stranded drivers. At the time, Chris Purcell was just getting started in the towing industry and decided to go out during the blizzard and help people stuck on the roads.

"I would still be hooking up to one vehicle and I would have somebody walking down the street coming up and saying, ‘Hey can you come to see me next? I need help too’ and that’s pretty much how it went," Purcell said.

He says he was out for over twelve hours that night pushing and pulling stuck cars with his own personal pickup truck.

FOX 9 Good Day dresses up as the '91 Halloween Blizzard

The FOX 9 Good Day anchors dress up for Halloween with a nod to the 1991 Halloween Blizzard.

"I’ve been doing this for 34 years and that still stands out," Purcell said. "You definitely don’t forget a night like that."

Unforgettable for so many Minnesotans, including Lisa Winters, who gave birth to her first son, Cameron, during the Halloween Blizzard.

She was at Midway Hospital before the snow started coming down. The evening of Halloween she gave birth to a healthy baby boy, unaware of what was happening outside her hospital room.

"Somebody said ‘get up and look out the window,’ so I got up and kind of stumbled to the window and I was like [jaw drop]. Everything was buried," Winters said.

Winters says the roads were so bad her family couldn’t come to visit her and her newborn at the hospital. She says a nurse stayed with them for three days straight, unable to drive home in between her shifts.

"She was just absolutely phenomenal you would never know she had been there for three days away from her family," Winters said.

Mabel Houle was living in Forest Lake with her family in 1991. On Halloween night and the following day, she used her camcorder to capture her family enjoying the snow.

"It’s like a life marker it’s like the really important things that have happened that you can recall," Houle said.