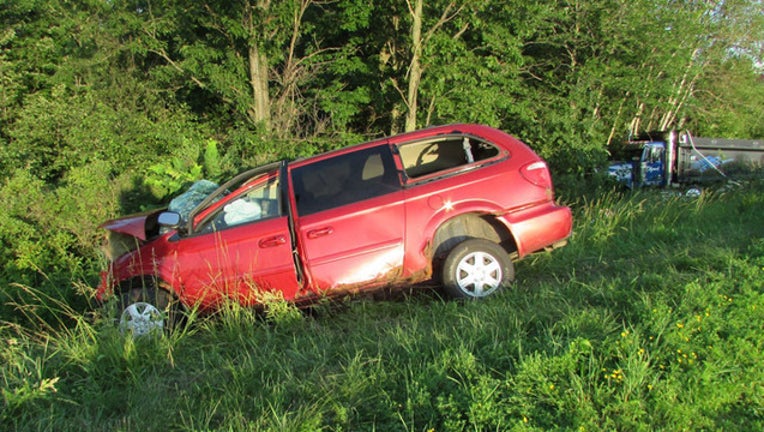 CADOTT, Wis. (FOX 9) - A 3-year-old child was killed Friday after a van and dump truck collided in western Wisconsin.

According to the Chippewa County Sheriff's Office, at about 2:34 p.m., officials received a report of a crash at the intersection of Highway 27 and Highway MM near Cadott, Wis.

Authorities learned a dump truck was heading north on Hwy 27 when a minivan heading south attempted to turn east onto Hwy MM in front of the truck. The two collided, killing the 3-year-old passenger in the van and seriously injuring the van driver.

The driver of the dump truck was not injured.

Officials are still investigating the crash.

Cadott, Wisconsin is about 25 miles northeast of Eau Claire.