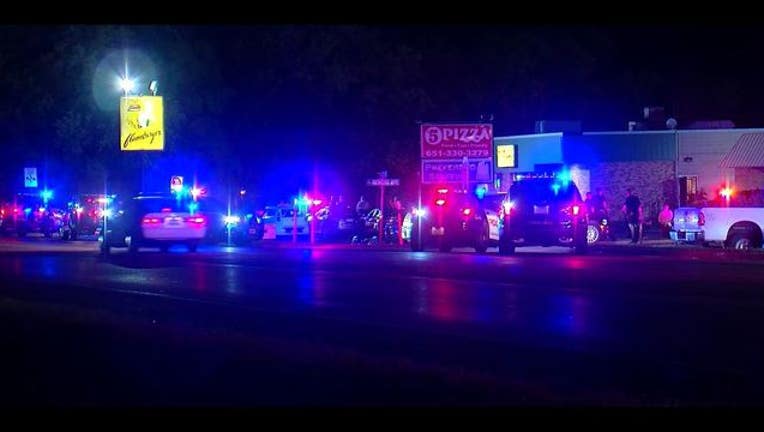 LITTLE CANADA, Minn. (KMSP) - Three people were injured early Saturday morning after a shooting in Little Canada, Minnesota. The suspect is in custody.

Police responded to a disturbance around 1:58 a.m. near the Flameburger restaurant. While en route, officers received a call of about a shooting at the location.

According to officials, police were able to locate the single suspect. The injuries are not life-threatening.