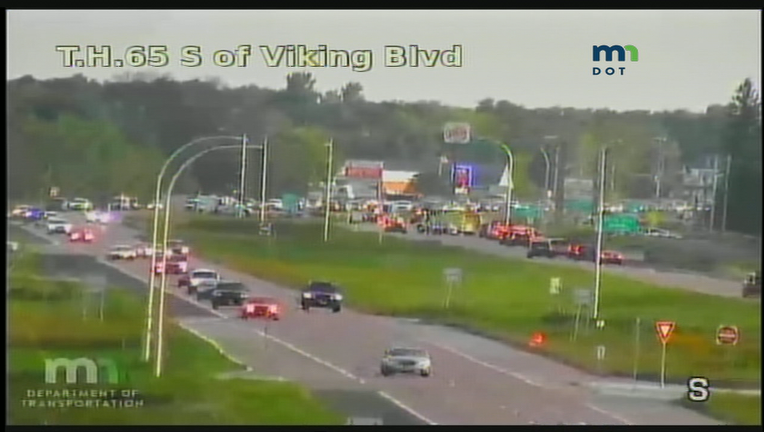 According to the Anoka County Sheriff's Office, at about 5:37 p.m., officials responded to a crash involving a car and motorcycle on Highway 65 near 181st Avenue NE. The driver and passenger of the motorcycle were both ejected into the center median of the highway.

The driver of the car, a 77-year-old man, was transported to the hospital with non-life threatening injuries.

The southbound lanes of Hwy 65 will be shut down for an extended period of time while the crash is investigated.