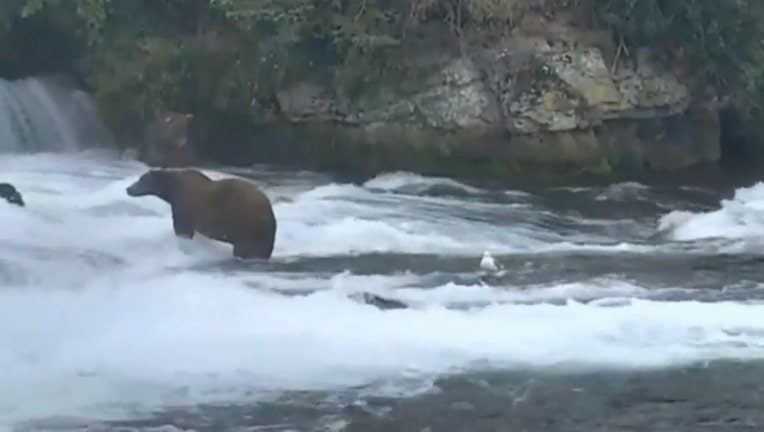 A bear, as seen on a livestream from Brooks Falls in Katmai National Park in Alaska. Screenshot taken from a livestream. (Courtesy: Explore.org)

ANCHORAGE, Alaska (AP) -- Charges are pending in Alaska against three people who approached multiple brown bears in a closed area of a popular destination for bear-viewing excursions.

National Park Service officials say two Alaska residents and a tourist entered a closed area at Brooks Camp in the Katmai National Park and Preserve Thursday evening while the bears were feeding. Officials say the group violated wildlife viewing rules and put themselves and the bears in danger.

Park regulations prohibit getting within 50 yards of a bear feeding on a concentrated source, such as salmon.

The incident comes after two July incidents involving Katmai bears. One bear pawed a visitor's pant leg after approaching the individual, and a second bear that was being chased by another bear pawed an employee of Katmailand's Brooks Lodge.

Meanwhile, to enjoy the bears that are currently at Brooks Camp in the Katmai National Park and Preserve without getting too close, here's a live look.

The Associated Press (AP) contributed to this report