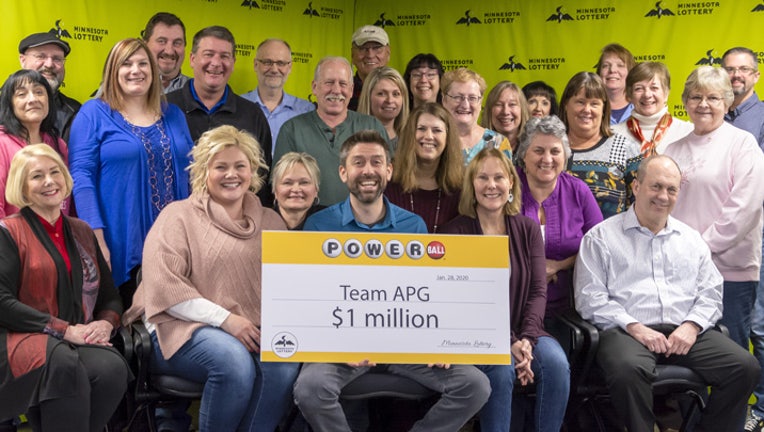 COON RAPIDS, Minn. (FOX 9) - A group of 28 coworkers in Coon Rapids, Minnesota, are celebrating after they claimed a $1 million Powerball prize Tuesday afternoon.

According to a release from the Minnesota Lottery, the ticket was purchased by Dustin Uran of Minneapolis. Uran usually buys the tickets for his lottery pool, “Team APG." He later learned that the ticket was a big winner when he scanned it at a lottery retailer on Monday morning.

After returning to the office, Uran looked up the Jan. 25 winning numbers on the Minnesota Lottery website and saw that one of their tickets had matched the first five numbers drawn to win $1 million. Uran emailed the pool members.

“Apparently nobody checks the tickets I send. Check the tickets,” he wrote in the email.