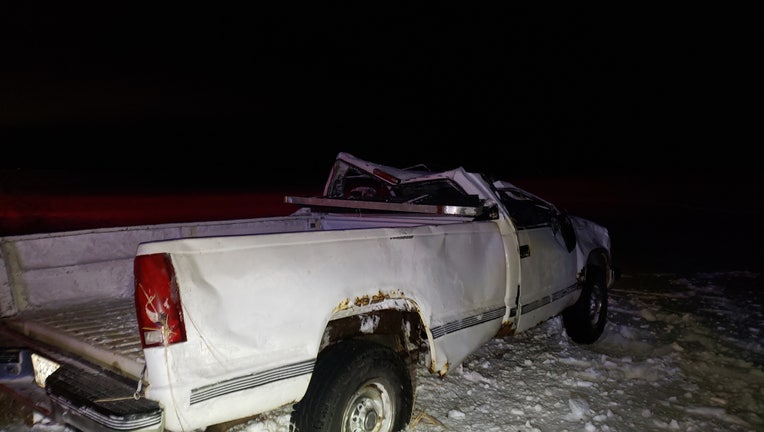 Alcohol is believed to be a factor in a fatal crash near Cumberland, Wisconsin. (Barron County Sheriff's Department / FOX 9)

The crash occurred around 12:14 a.m. on Highway 28 east of Cumberland.

The Barron County Sheriff’s Department said the driver of a Chevy truck lost control and his vehicle went into the ditch and rolled several times. The driver, identified as Cole Schiebel of Kewaskum, was extricated from the vehicle.

Schiebel was transported to Cumberland Hospital where he later died from his injuries.

The sheriff’s office said road conditions and alcohol were contributing factors to the crash.