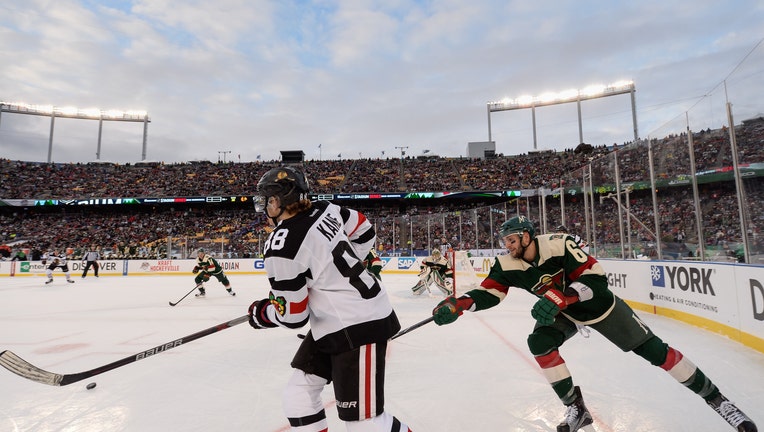 MINNEAPOLIS, MN - FEBRUARY 21: Patrick Kane #88 of the Chicago Blackhawks hits the puck as Marco Scandella #6 of the Minnesota Wild reaches across in the third period of the 2016 Coors Light Stadium Series game at TCF Bank Stadium on February 21, 201

In a statement, the NHL said uncertainty about the upcoming NHL season forced postponement of the game between the Minnesota Wild and the St. Louis Blues, but the league vowed to bring event back to Minnesota in the “near future.”

Minnesota Wild President Matt Majka said the league has given the team every indication that the Winter Classic will come back to Target Field.

The league said fan participation is “integral” to the Winter Classic events, which led the NHL to the “prudent decision” to postpone the event until 2022.

The league previously said it is targeting a Jan. 1 start date for the upcoming NHL season, but that date will not include the Winter Classic.

In conjunction with the Winter Classic announcement, the league also said it will postpone All-Star Weekend in Florida.