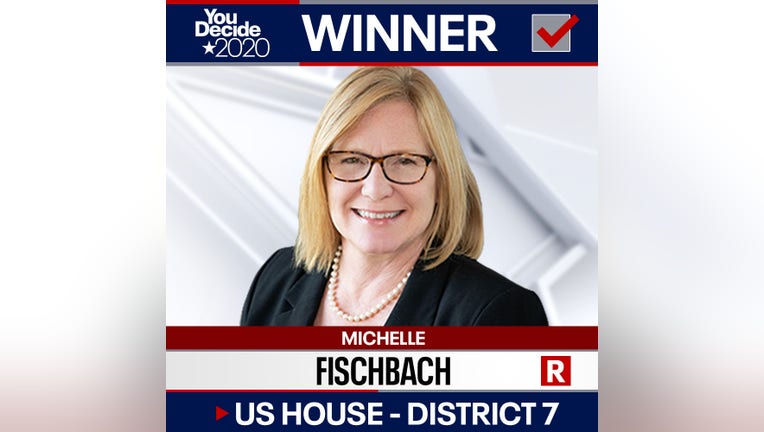 Michelle Fischbach is projected to win CD-7 in Minnesota.

(FOX 9) - Michelle Fischbach is projected to win Minnesota's seventh congressional district, unseating a 30-year incumbent, according to the Associated Press.

Minnesota's 7th Congressional District covers almost all of the western side of Minnesota from the Canadian border to Pipestone and Murray counties in southwestern Minnesota.

In 2018, Peterson beat Dave Hughes with 52 percent of the vote. He beat Hughes by the same margin in 2016 as well.Peterson has held the seat since 1991, when he beat seven-term incumbent Arlan Stangeland in the 1990 election. 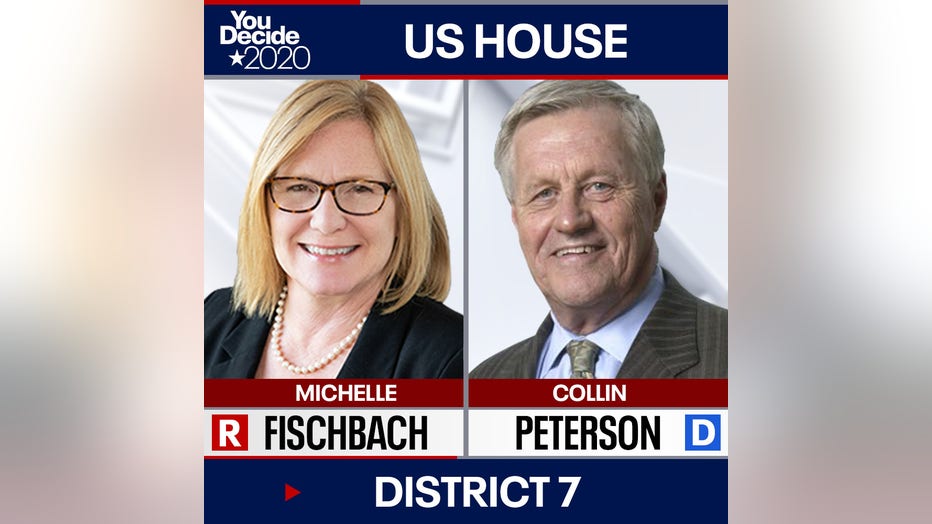 Peterson, a Democrat, has represented the district for 30 years.

Peterson is Chairman of the House Committee on Agriculture and also serves on the Veterans’ Affairs Committee.Known as one of the more moderate members of Congress, Peterson famously did not vote to impeach President Donald Trump in early 2020. He was one of only two Democrats who did not vote for impeachment.

Fischbach, a Republican, was sworn in as Lt. Gov. of the state of Minnesota from 2018 to 2019 when Tina Smith was appointed to the U.S. Senate.

Fischbach is a Trump-endorsed candidate and was the first woman in Minnesota history to serve as President of the Minnesota Senate.

Among her priorities are protecting the second amendment and pro-life policies.