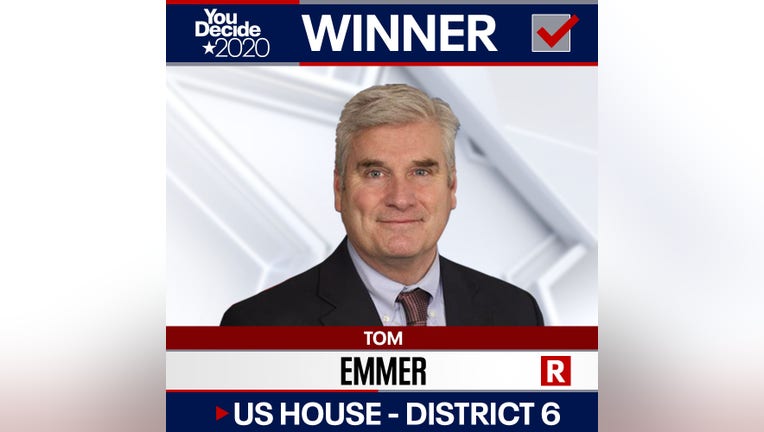 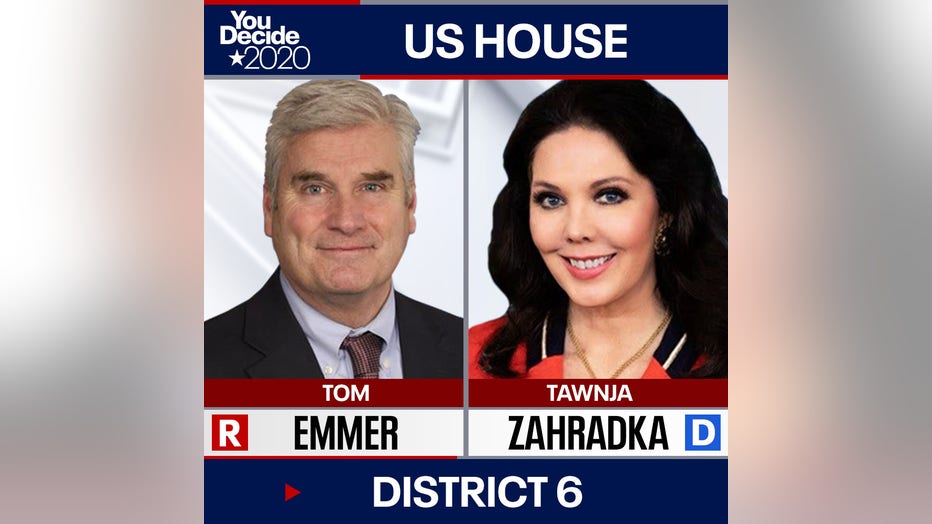 Emmer, a Republican, also serves as Chairman of the National Republican Congressional Committee.Currently, he sits on the House Financial Services Committee and is a member of the Republican Deputy Whip Team and the House Republican Steering Committee.

Emmer has a long list of issues on his website. He is a strong supporter of President Donald Trump, appearing with him at rallies during the President’s term and campaign.

Zahradka, a Democrat, is a former Mrs. Minnesota America, professional model, actress and television personality, according to her website.

She calls herself a “passionate environmentalist” and supporter of human rights.

She is endorsed by AFL-CIO. Zahradka ran unopposed in her Democratic primary.

"I'm honored to once again receive the support of Minnesota's Sixth Congressional District for another term in Congress. I want to thank every Minnesotan who participated in our great democracy, especially those who worked and volunteered their time during this unconventional year. It's more important than ever that we work to bring our Midwest Values to Washington and build a better future for Minnesota and our nation."

“Congressman Tom Emmer showed again today how committed he is to his constituents in the sixth district and how strongly they believe in him.

“Tom is a rising star in the Republican Party, yet remains grounded in Delano and Minnesota’s core values. We look forward to his continued leadership in Congress and in Minnesota.”