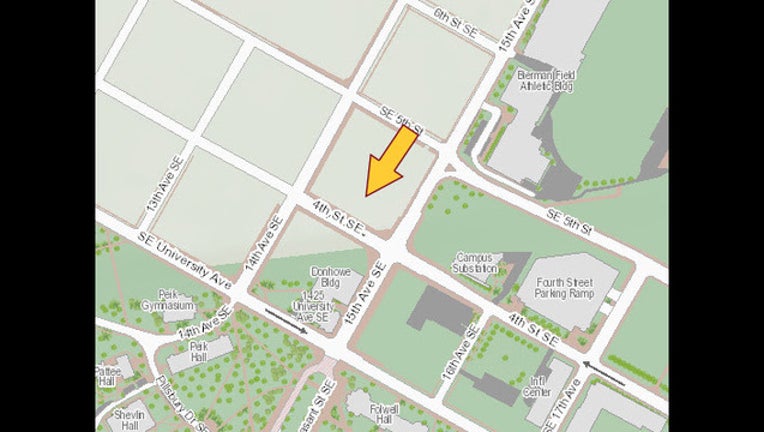 MINNEAPOLIS (KMSP) - The University of Minnesota has issued its first crime alert of the school year after an armed robbery in a Dinkytown alleyway. The pair of students and the suspect were apparently arranging to get some food.

On Monday, Sept. 7 at 1:30 a.m., two U students were in the alley between 1413 4th Street and 1411 4th Street when a man started talking to them. They spoke for a bit and made plans to go get some food. The man then lured the victims into the alley and said he needed to grab something from his car, and when he came back, he showed a handgun and demanded their valuables. The students handed over their things and were not injured.

According to the crime report:
“The victims describe the suspect as a black male, between 18 and 24 years of age, approximately five feet ten inches to six feet tall with a thin build and short hair. The suspect was wearing a plain white t-shirt and khaki-colored shorts. The handgun used was silver with a black frame, and the suspect's vehicle was a silver four-door sedan.”