Two people were rescued from the roof of an apartment building over a business in Minneapolis' Longfellow neighborhood early Thursday morning.

MINNEAPOLIS (FOX 9) - The Minneapolis Fire Department rescued two people from a fire at the China Wok restaurant in the Longfellow neighborhood Thursday morning.

The restaurant, located at South 27th Avenue and East 28th Street, also has apartment above it. The fire department said crews rescued one resident from the roof of the building and another from the second floor window using ladders. 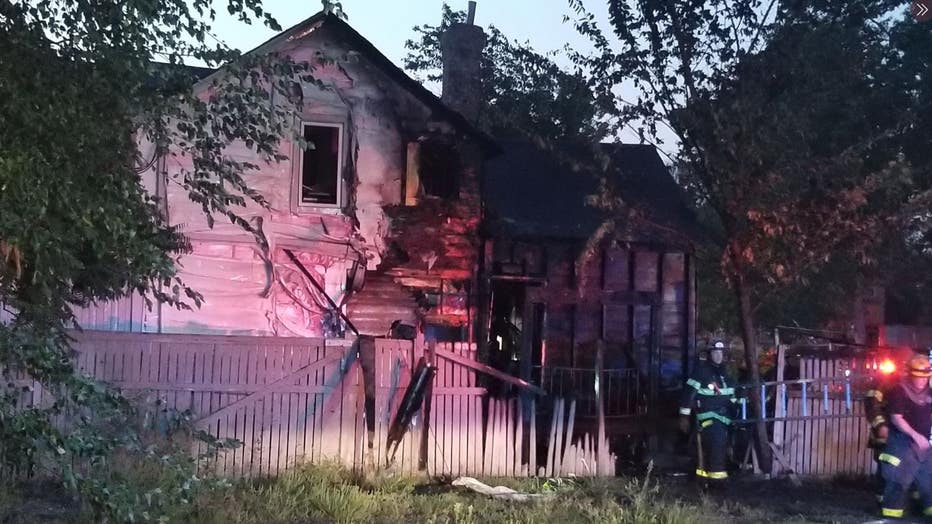 Damage from a fire that started in the first floor of a building in the Longfellow neighborhood that houses a restaurant and apartments. (FOX 9)

The cause of the fire is under investigation, but Tyner said he does not believe it is related to the unrest in the city overnight.

Tyner said there were approximately three fires overnight during the unrest sparked by misinformation about a homicide suspect who shot and killed himself in downtown Minneapolis Wednesday night, including one at Brit’s Pub.