VIRGINIA BEACH, Va. - Police are investigating shootings that left 10 people wounded by gunfire, two of whom have died.

According to a news release, a fight among a group of people escalated to the point in which guns were drawn and fired. Authorities said eight victims were transported to a hospital with injuries ranging from serious to life-threatening.

In a news briefing from the scene of the shooting, Chief Paul Neudigate said an officer was transported to a hospital with minor injuries after being struck by a car.

While working the scene of the first shooting, investigators heard even more shots ring out nearby.

A woman died of a gunshot wound at the second scene, but Neudigate said her death is not believed to be related to the shooting at the first location.

Nearby, an officer in the area confronted an armed man and shots were fired — killing the man. authorities said. 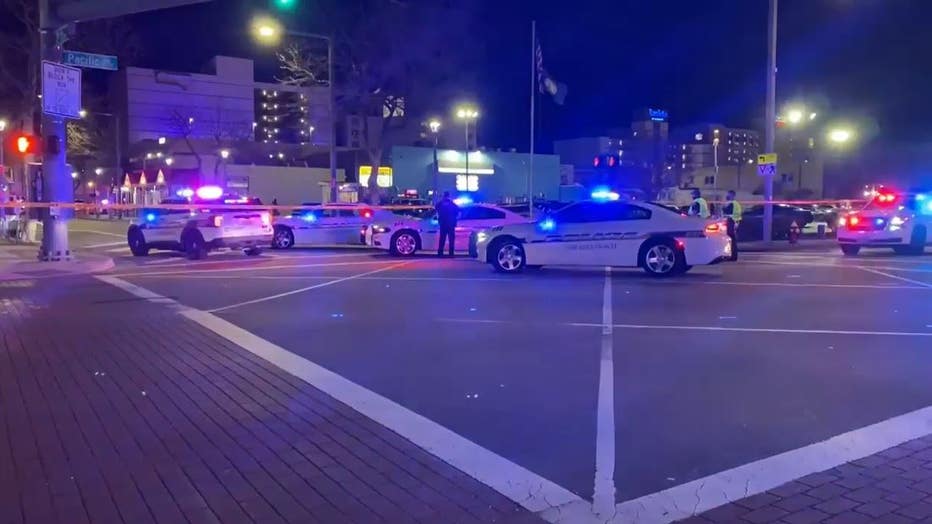 The officer who shot the man will be placed on administrative assignment while the shooting is investigated. They’ve been a part of the department for five years and work in the Special Operations Division.

Investigators do not have any suspect information at this time.