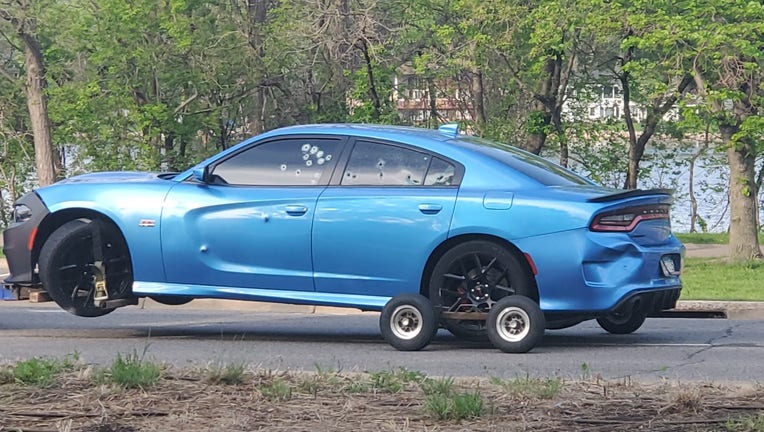 A shooting in Robbinsdale left two dead inside a vehicle and police searching for a suspect Thursday afternoon.

ROBBINSDALE, Minn. (FOX 9) - A shooting near a Robbinsdale park left two people dead inside a vehicle and police searching for a suspect Thursday afternoon.

According to the Robbinsdale Police Department, at approximately 3:40 p.m. police were dispatched to the area of 36th Avenue and County Road 81 on the report of a shooting. When officers arrived at the scene they located a vehicle with two deceased individuals inside.

A short time later the suspect vehicle was located abandoned in North Minneapolis. According to police, the incident does not appear to be a random act, and there is no risk to public safety. 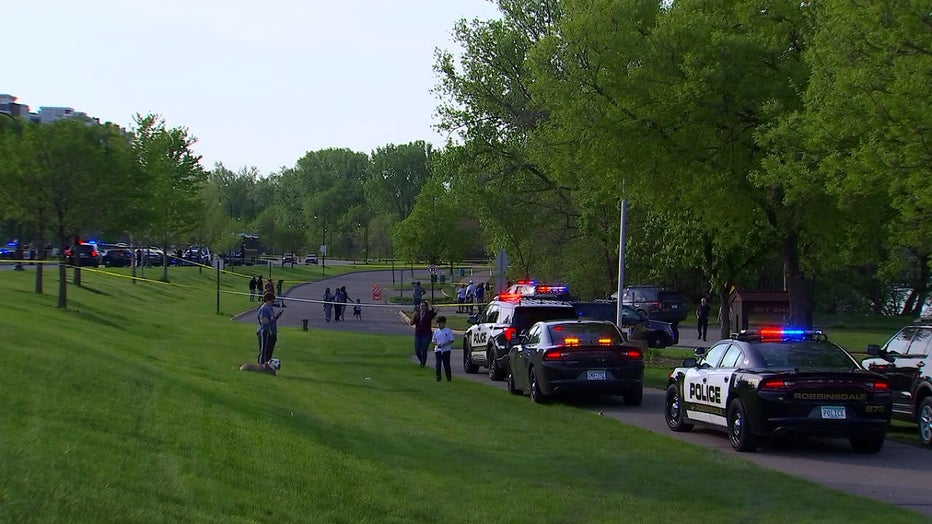 Police investigate along County Road 81 near Lakeview Terrace Park on Thursday after the deadly shooting. (FOX 9)

FOX 9 saw a similar vehicle being pulled away from the scene by a tow truck.