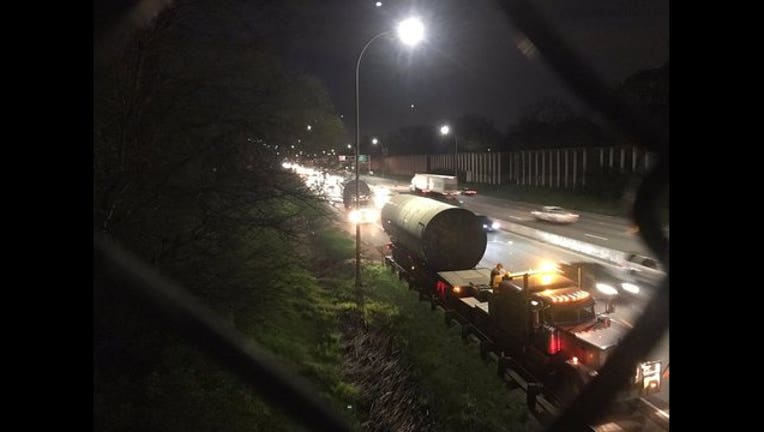 BLOOMINGTON, Minn. (KMSP) - Two bridges over Interstate 35W in Bloomington, Minnesota were struck by a vehicle Sunday evening, forcing the city to close one bridge and reduce traffic on the other.

The 86th Street bridge was scheduled to be removed and replaced beginning this June. The Minnesota Department of Transportation had previously made the decision to replace the bridge because of substantial damage and the need to increase the vertical clearance.