Authorities found approximately $900,000 in electronics, including iPads, digital cameras and smart watches, as well as gift cards and other items purchased through the alleged scam.

FONTANA, Calif. - Two women were arrested and nearly $1 million in electronics, gift cards and other items were seized in a "well-organized" nationwide scam in which the suspects allegedly impersonated IRS workers, authorities said.

Ailing Lu, 25, of Los Angeles, and Ji Hyun Lee, 25, of Gardena, were arrested in connection to the scam — believed to have impacted people across the country, police said.

An investigation began on Sept. 4 after a victim reported a phone call from a scammer pretending to be the IRS and threatened to arrest the victim if he didn’t pay the caller $2,200 in Target gift cards, according to the Fontana Police Department in California. The unsuspecting victim complied and bought the gift cards, gave them to the caller and later reported the incident to police.

Detectives with the Fontana Police Department located where the gift cards were redeemed, a Target store in the Los Angeles area, and worked with the company’s loss prevention team to locate surveillance video of the transactions. 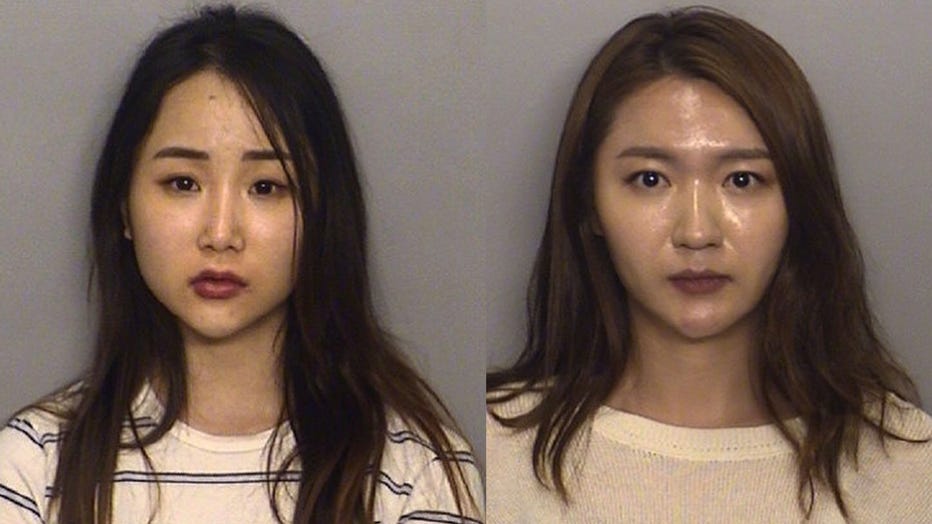 Target’s Loss Prevention Unit recalled another case in which Indiana University police were investigating a similar incident. It was later determined that the same female suspect allegedly conducted both transactions in California and Indiana, police said.

Detectives conducted surveillance on suspected locations and vehicles in the Los Angeles area and located several items purchased with the gift cards.

Search warrants were served on two locations, and authorities found approximately $900,000 in electronics, including iPads, digital cameras and smart watches, as well as gift cards and other items purchased with Target gift cards from unsuspecting victims, police said.

RELATED: Scam alert: iPhone users warned not to answer calls from Apple support unless they requested them

“It’s apparent these suspects were well organized and preyed on the victims’ fear of arrest across our nation,” the Fontana Police Department wrote in a post on Facebook.

The public was encouraged to call local law enforcement agencies if they received a similar call and followed through with the scammer’s request to purchase a gift card.

“As a reminder, no law enforcement or public agency will ever ask you to pay in gift cards,” the Fontana Police Department added. “We encourage the public to be wary of any ‘cold call.’ They should scrutinize the information given to them. Conduct their own research to find a legitimate contact for the organization the person is claiming to work for and verify it’s not a scam.”

More suspects were believed to be involved in the scam, and the investigation was ongoing.