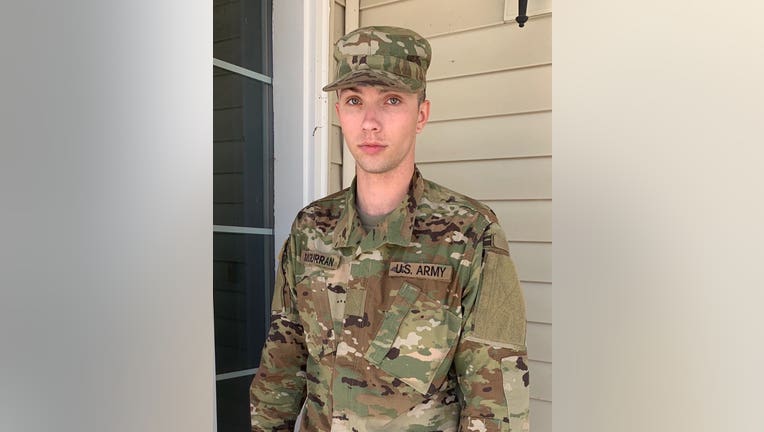 McGurran was found unresponsive after a training exercise Wednesday morning. Paramedics took him to Providence Hospital, where he was pronounced dead.

“The tragic loss of any soldier, one of America’s most precious resources, devastates families, friends and teammates. We are keeping our fallen comrade’s extended family in our thoughts and prayers as they go through this difficult time.” U.S. Army Training Center and Fort Jackson Commander Brig. Gen. Milford H. Beagle, Jr. said in a statement Thursday.

"He was a soldier with a promising future in our organization," Minnesota National Guard Recruiting and Retention Commander Lt. Col. Eduardo Suarez said in a statement. "We will provide every comfort to his family and the Recruitng and Retention Battalion, who are devastated by untimely death This is a tragic loss for the Minnesota National Guard."