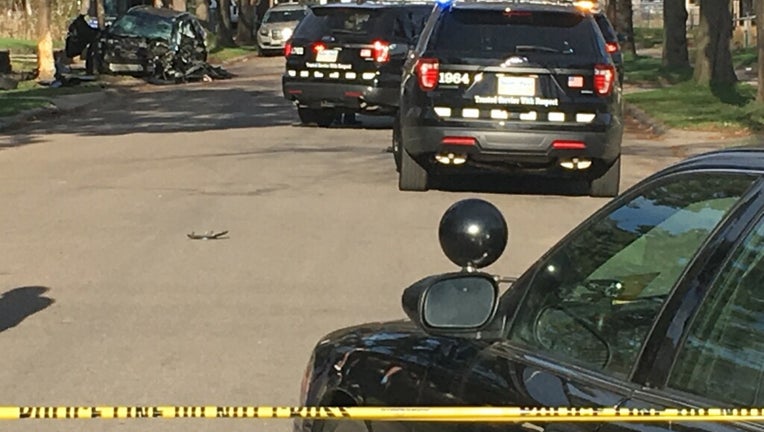 Officers are investigating a crash involving a stolen vehicle in St. Paul. (FOX 9)

ST. PAUL, Minn. (FOX 9) - A 17-year-old girl died from her injuries five days after the vehicle she was riding in crashed into a tree in St. Paul, according to St. Paul police.

The crash happened last Monday around 5:25 p.m. near Burgess Street and Western Avenue N. An officer noticed a stolen vehicle and turned to follow it when the vehicle sped off and crashed head-on into a tree. Several occupants in the vehicle received treatment at Regions Hospital.

On Saturday, Deonia Lewis passed away at the hospital from her injuries. The other people in the vehicle did not suffer life-threatening injuries.

The vehicle they were riding in was reported stolen out of St. Paul on March 23.