The crash occurred shortly after 7:30 p.m. Saturday, starting part of the freeway bus station on fire. State Patrol said a Toyota Camry was traveling north on I-35W when it left the freeway and struck the building. It appears that crews put out the fire before 8:30 p.m. 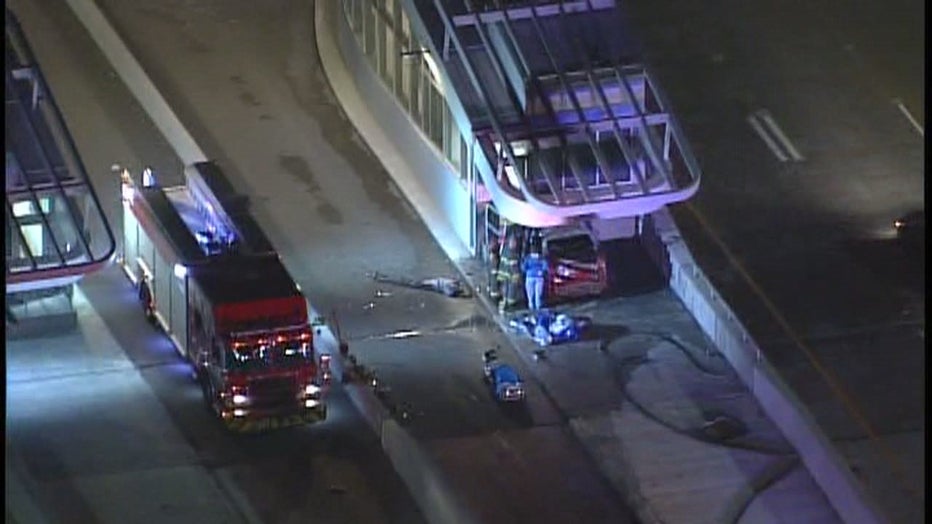 Minneapolis Fire Department extinguished the flames after a car crashed into the bus station Saturday night.

State Patrol initially reported two people were killed, but says further investigation determined there was one person in the car that crashed. The identity of the victim has not been released.